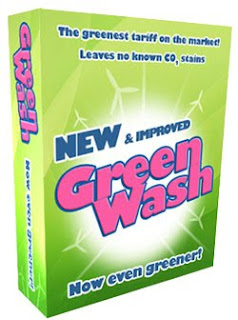 Leave it to Washington and the corporados to come up with bogus responses to something as critical to our survival as the Climate Crisis. Like with the present health care reform debacle, decision-makers in DC and their sponsors in the insurance racket....did I say racket?...industry have come up with a host of half-measures and false solutions to the crisis in health care. Of course, their idea of reform is all about their own self-interest and continued over-the-top profits and perks. Surprise! Capitalism at its worst. OK, so it's no surprise. Likewise, their remedies for the GREATEST THREAT TO THE PLANET are pretty much useless.

Most members of Congress, firmly in the pocket of Big Oil and other energy interests, have been advocating "cap and trade" (crap and trade, actually) schemes as a way to reduce human-caused carbon emissions that are trashing Earth's atmosphere. Some believe these schemes will actually be worse than doing nothing and the movement grows to defeat them. In addition, it is believed that crap & trade could lead to another economic meltdown. So, what about a carbon tax? Dems are loath to advocate for ANY sort of tax increase, given that the Repugnicans will jump all over them and use "tax & spend Dems" as their mid-term elections theme. However, there's a lot going for this approach.

There is no shortage of other bogus schemes to address the Climate Crisis. Naturally (or should we say UN-naturally?) the biotech industry has climbed on-board the global warming gravy train. But perhaps so-called "biomass" seems to have gotten the most attention lately of a good many energy developers, as well as desperate greenwashers in government. These people claim industrial-scale biomass incineration is "carbon neutral". That might fly IF you had all the time in the world. We don't. A full-blown move to what we call The Biomess could also lead to massive deforestation; just the thing we DON'T need at this point in time given that forests CAPTURE carbon!

Of course, King Coal wants in on the action. Their snake oil comes in the form of such greenwashing schemes as "clean coal" and "carbon capture & storage". And, least we forget the worst of the worst, much of our coal comes from the clever use of explosives and massive machinery that blows off the tops of mountains and.....are you ready?....dumps them in streams! Mountaintop removal is such a bad idea it's hard to fathom what sort of thinking lies behind it.

Finally, an old Enviro Show favorite, Cape Wind and other promoters of industrial-scale wind plants have touted their plans for erecting massive windmill arrays as a remedy for the Climate Crisis. We call Cape Wind the "Right project in the WRONG place" not only because it calls for the corporate privatization of The Commons (Nanutucket Sound), but also because it is proposed to be sited next to The Great Atlantic Flyway (would you believe?) and because the Wampanoag Nation identifies the site as sacred land. Actually, windpower IS one of the rational remedies for the Climate Crisis, but it's important that such operations are carefully sited and are scaled to local energy needs.

Did somebody say energy CONSERVATION? How quaint! Yes, far tooooooo little attention is being paid to conserving energy here in the U.S. Truly, government, industry and even Big Green are guilty of putting energy conservation and efficiency on the back burner while pushing snake oil schemes like some of those above on us marks in the crowd. Given the critical time frame we face it's time to prioritize conservation and lifestyle change. It's also time to resist phony remedies.