Save the Pollinators Enviro Show 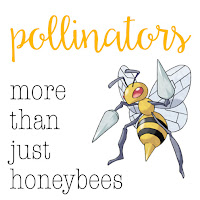 Greetings Earthlings. Have you noticed fewer bees, moths and butterflies this summer? Did you know the flowers you bought at the garden center might be part of the reason? Peggy MacLeod from Western Mass Pollinator Network and

Saturday, July 29, 10 AM - 2 PM. Join The Sugar Shack Alliance, for a public rally and picnic to raise collective concerns and awareness on the continued resistance to the Kinder Morgan/TCG CT Expansion Pipeline in the Otis State Forest! Meet at Lower Spectacle Pond  in Otis State Forest for musical guests and speakers from across the movement and from all corners of the northeast! That's from 10am to noon! Then, at 12:30pm, a potluck picnic lunch at 12:30pm, followed by an informal gathering of musicians improvising together at our staging area at just north of the pond at Sue Baxter's Barn, 250 Cold Spring Rd., Sandisfield, MA. Go to: http://sugarshackalliance.org/

Friday, August 4 at 7 - 9:30 PM. Screening of "An Inconvenient Sequel", Amherst Cinema, 28 Amity Street, Amherst, MA. A decade after AN INCONVENIENT TRUTH brought climate change into the heart of popular culture comes the riveting and rousing follow-up that shows just how close we are to a real energy revolution.Vice President Al Gore continues his tireless fight, traveling around the world training an army of climate champions and influencing international climate policy.Join Climate Action Now at the Amhert Cinema opening for "An Inconvenient Sequel: Truth to Power"

Monday August 7, 10am. to 12pm. Public Hearing. Your comments badly needed. Holyoke Community College, Kittredge Center, 303 Homestead Avenue, Holyoke, MA 01404. The Massachusetts Department of Energy Resources (DOER) is proposing changes in the Massachusetts Alternative Portfolio Standards (APS). The APS would encourage and subsidize large-scale industrial cutting and burning of trees for heat. This would increase the immediate release of carbon, which would worsen climate change. It would also increase toxic air pollution, which would harm public health. Finally, it would promote intensified logging, which would degrade New England forest ecosystems and undermine their capacity to store carbon.
DOER requests that written comments be submitted as attached pdf files to emails addressed to , with the word APS COMMENTS in the subject line. Alternatively, comments can be submitted at the hearing or via mail to Samantha Meserve at the Department of Energy Resources, 100 Cambridge Street, Suite 1020, Boston, MA 02114.

That's all for now. Remember to listen to your Mother, OK?