The Composting the Corporados Enviro Show

It was time for another look at the usual suspects in the corporate line-up: it's Big Oil in the White House and Big Kilowatt in your house!. Our friend Paki Weiland joined us live this time to talk about Entergy and its hold on the Big Easy. Also, Deb Katz of the Citizens Awareness Network returned to let us know about the looming Entergy threat to us here in WMass. But first, as always, it was time for.....Revenge of the Critters! Extra! Extra! Read all about it! Dog shoots man!

There's the theme! Time to trash Darth Cheney and do some good-hearted neo-con bashing. We started w/the Bush Regime countdown, then had a peek at Darth Cheney's scary record on the environment. Then, it was time to see what that other little devil in the White House is up to. Hmmmm, about that sulpher smell: Methane levels to rise again!. Can't blame that on King George, or can we? THIS we can: Emails show Bush Administration micromanaged scientific interviews. SURPRIZE!!

AND, more bad moves from the Bushites atNOAA (our own Rachel Maddow's favorite government agency, no less! Give us a break!) ALSO, Union leaders say Bush EPA bends to political pressure, AND, EPA not conducting environmental-justice reviews. Can you believe that? Yes? Another surprize!!

Then we roasted Mark Rey. This little weenie, former timber lobbyist, now Bush Ubersecretary for Natural Resources and Environment, actually had the gall to come to Northampton last Friday to "listen" to the people about our concerns on the environment! HA! All he did was doodle! Did anyone actually USE the little B.S.-Rey Sickness Bags someone was passing out? O, did we forget the ecological disaster that is Iraq? WE DON'T THINK SO!

Then it was on to the Bus Stop Billboard:


Saturday October 7
SIREN TEST DIE IN
Noon, Brattleboro VT. Sirens to warn people that a serious accident has occurred at Vermont Yankee nuclear reactor are tested. In the Brattleboro area, activists are participating in a die-in protest whenever possible by freezing in place, standing silent or falling down "dead" when the sirens go off. For the full 3-5 minute test, people commit each month to stop their activities and reflect on what it would mean if this were not a test but the real thing. Info: (CAN), 339-5781, mailto:can@nukebusters.org; www.nukebusters.org.

Sunday October 8 (Second Sundays)
UNPLUG VERMONT YANKEE
7-8pm, your home. Unplug all electrical appliances (including
refrigerator) for 1 hour on the second Sunday of each month. Called by
Citizens Awareness Network (CAN) to protest relicensing Vermont Yankee
nuclear power plant and let its owner, Entergy, know we want a green future.

Hopefully, we;ll go out with the classic "Seabrook Song", by Tex & Pat LaMountain, but it's on vinyl that D.O. pulled out of the dump. Keep yur' fingers crossed (and your heads low 'cuz it's the Bush Era :O )

As a part of a national initiative to weaken our nations environmental laws, Undersecretary of Agriculture Mark Rey is hosting "listening sessions" to promote legislation that would roll back our nation's environmental laws like the endangered species act and clean water act.

In their place the administration would create “cooperative conservation legislation” which would allow industry to create their own voluntary regulations and tax incentives.

Undersecretary Rey will host a "listening session" in Northampton at 1 pm, Friday, September 29th at the Hotel Northampton. Be there. Give the Bush adminsitration something to listen to.

The Pioneer Valley Forest Council will host gather the night before to plan for the meeting. Please attend. Even if you can't - come to the "listening session" and speak out for our nations environmental laws!

Tell them that you support strong environmental laws, including the Endangered Species Act, Clean Air Act, Clean Water Act and forest protection laws and that you do not want to see them weakened or replaced by voluntary programs.

Come to our planning meeting the night before at:
7pm Thursday, September 28 at 181 Main Street, Northampton, Suite 2
(to the right of Haymarket).


Sponsored by The Pioneer Valley Forest Coalition and
The Heritage Forests Campaign
For more information go to:
http://www.4d4s.org/pvfc
or call 268-2016
pvfc@24d4s.org
Posted by D.O. at 4:29 AM No comments:

The Our Communities, Our Water Enviro Show 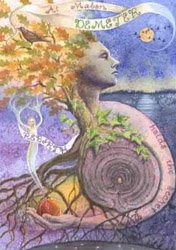 It was time for us to be all wet yet again on The Enviro Show. No, no, no, not dead air and endless bloopers, water! It’s THE issue of the 21st Century and the corporados want to own it. We don’t think so!! Doug Renick joined us once again to bring us all up to date on the "Our Communities,Our Water" conference at Umass starting Friday, September 22 at the Campus Center. The Enviro Show is one of the proud endorsers of the conference and we'll be there broadcasting....sort of.

Also, our favorite resident witch, Tamara was here to clue us in on the Autumnal festivities associated with the Equinox, Mabon,the Holy Month, time of the Harvest Queen. But first, it was time for.. Revenge of the Critters! Cute Little kitty goes ballistict!

The world has a finite supply of potable water. Issues of quality and supply and privatization make it clear that we must act now to secure water for our children and future generations. We picked out some special sounds for the show that lend power to these critical matters. We heard all about this from Doug and film maker Liz Miller who called into the show.

On the Bus Stop Billboard we have:

We'll go out with the same band we always come in with: REM and their "Find the River", from the "Automatic for the People" collection.

On Tuesday, September 5, not far from the Washington Monument on the National Mall in Washington, DC, Rainforest Action Network, Code Pink, AfterDowningStreet.org, the Green Party of the United States, Vets for Peace, and a long list of other groups from all walks of life will participate in Camp Democracy [http://www.campdemocracy.org]. The political, social and environmental situation in the U.S. under the Bush regime has become a crisis of major proportions. All standard avenues of redress have been exhausted. With that in mind, the organizers of Camp Democracy along with the Rainforest Action Network have declared Tuesday, September 12 Climate Crisis Day at Camp Democracy.

The founders of Camp Democracy clearly make the case for this action: "Can you name the one country on earth where the government can steal elections, strip away basic rights, spy on citizens, and launch wars based on lies, but where the people do not take over the nation's capital in protest? If you said the United States, you'll be wrong on September fifth when Camp Democracy begins on the National Mall in Washington, D.C. At long last, Americans are preparing to say "Enough is enough," and to do what Ukrainians, Mexicans, or any other people not drugged into acquiescence would do when things got this bad: occupy the capital city to demand peace, justice, environmental sanity, and accountability."

We’ve seen actions similar to Camp Democracy bring change in European states (think Velvet Revolution; think Orange Revolution) and we’re seeing it ongoing in Mexico as we speak. Are the citizens of the United States any less committed? How much more damage can the planet and its climate take from the destructive environmental policies of the Bush White House and its supporters in Congress? The legacy of democratic change and resistance toward the arrogance of power needs only to be revived. Camp Democracy provides that spark.

Like its’ organizers say: "Camp Democracy will be held on the National Mall in Washington, D.C., from September 5 to 21. This will be a camp for peace, democracy, environmental sanity and the restoration of the rule of law....Camp Democracy is a grassroots effort and will only succeed with the help of many, many people contributing the small amounts (of time and money) they can afford. This is our opportunity to do what the citizens of the Ukraine, of Mexico, and of other countries do when their democracies are taken from them. This is our chance to say, "Enough is enough!"