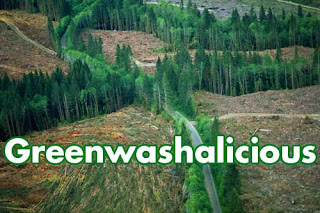 Greetings Earthlings. Eric takes over on the board for this one 'cuz Glen went and scheduled some kind of meeting (what was he thinking??) We return to the issue of public lands in the Commonwealth being sacrificed for a slew of proposed biomass energy plants (some, like Glen for instance, would say INCINERATORS!), all in the name of .....what? the climate crisis? sustainability? pick a buzz-word, any buzz-word! Chris Matera of Mass Forest Watch returns to these microphones with that story. And this JUST IN: we may be laying the Swine Flu Outbreak at the feet of Big Meat! We'll also checkout some national enviro news in the Enviro Show Echo Chamber, hear the Quote of the Week and some tunes, but first it's time for..... Revenge of the Critters! Talk about a biomess: Ruffed grouse calls for destruction of Massachusetts forests!

The sounds of Spring Peepers brings us to our Enviro Show Quote of the Week. This one from FDR:

"A nation that destroys its soils destroys itself. Forests are the lungs of our land, purifying the air and giving fresh strength to our people."

In our E-Valley-uation segment "Ancient Pines",by Loreena McKennitt takes us to our interview with Chris Matera of Mass Forest Watch

Then we catch the Bus Stop Billboard:


Wednesday, April 29, 10 - 2 pm. Vermont Statehouse, Montpelier, VT. 10am - Join the Mock Nuclear Evacuation March from City Hall to the State house. 10:30am - It's Y(our) Choice : Mock Evacuation and Renewable Energy Fair on the State house lawn. 12 pm - Opportunities to Lobby legislators. Join us in a day of action to show WE CAN REPLACE VERMONT YANKEE! Rain or Shine! For more info - 802-377-7403 (There is a bus going up from Brattleboro)

Wed. April 29, 6:30 to 8:30pm. Screening of "Future Car" Alan Alda visits the research labs of the Big Three auto makers to find out what people will be driving in the future. Also includes a short: Enjoy the Ride. A local story about the rise of the bicycle as transportation and recreation in the PioneerValley. Greening Greenfield Film/Discussion Series at the Greenfield Public Library.

Mother's Day, Sunday, May 10, 11 am. The Fourth Annual Peaceable Planet Mother's Day Puppet Parade! Meet at the Bridge Street School, in Northampton, at the bottom of town on Rte 9, as you round the corner to get to the bridge towards Amherst. The School will be on your left. Bring puppets, banners & kids! Call 413-268-3588

That about does it. We go out on the 88's with "Church of Trees" by Liz Story. Next time it's Greening Greenfield (wait! isn't it green already??) And in case it's slipped your mind, remember to.......listen to your MOTHER!

The Other Oceanic Enviro Show

Greetings Earthlings. We'll try not to go overboard about the deep blue sea once again, but you never know. There's pirates out there! Jackie Savitz Pollution Campaign Director, and Senior Scientist at Oceana joins us to discuss the human impact on the Seven Seas. Here on The Enviro Show blog we'll take you out on an Ocean Adventure with Jean-Michel Cousteau to Garbage Island. Back in the studio we'll forgo the sea-legs and content ourselves with visits to The Enviro Show Echo Chamber and rather than swear like a sailor (and risk losing our FCC license) we'll settle for The Enviro Show Quote of the Week. Also, the E-Valley-uation Segment returns with a vengeance, but first it's time for.... Revenge of the Critters! Lobster attacks!

The Enviroshow Quote of the Week comes from Rachel Carson:

“To stand at the edge of the sea, to sense the ebb and flow of the tides, to feel the breath of a mist moving over a great salt marsh, to watch the flight of shore birds that have swept up and down the surf lines of the continents for untold thousands of year, to see the running of the old eels and the young shad to the sea, is to have knowledge of things that are as nearly eternal as any earthly life can be.”

We'll have some genuine whale songs to take you to the E-Valley-uation segment. Remember last time we spoke about some breaking news? Yes, The Earth First! Roadshow is coming to the Valley!! Last year, Al Gore called the blockading of construction sites of new power plants an appropriate response to the environmental crisis facing the planet. But this was no new mandate to Earth First!, who has been advocating grassroots direct action to protect and restore the planet for near 30 years. Now, the Earth First! Movement has launched its largest roadshow since the early 1980’s. The tour will include presentations, performances and trainings on environmental civil disobedience and will be making 100 stops in 30 states. The traveling group includes activists from various bio-regions representing ecological campaigns against logging, mining, road expansion, ocean exploitation, energy infrastructure and urban development. Also on the agenda of these events will be discussions of a new wave of political repression, coined the “Green Scare”, where environmentalists have experienced a documented increase in government surveillance, harassment and even entrapment.

The Roadshow will be at Amherst College at O'Connor Commons, Charles Pratt Hall on Thursday, April 23rd, 4:30PM-6:30pm for a participatory presentation followed by direct actions workshops at 7:30PM. For info on that contact our favorite student activist, Alissa at: aayden11@amherst.edu. This event is sponsored by the Amherst College Responsible Endowment Coalition and the Green Amherst Project. Co-sponsors are the UMass Eco-Coalition, part of UMass EarthWeek 2009 and your very own Enviro Show.

In addition, the Roadshow will be at The Evolution Café in Florence at 6pm on Friday, 24th following an all-day tour of state lands under the axe. Contact us about that gig: enviroshow@valleyfreeradio.org. Do not miss this, guys.

In the Enviro Show Echo Chamber we find Ocean mercury on the increase. Also, as you may have heard, a giant mass of Antarctic ice is "set for collapse". AND, speaking of The Poles, Hillary Clinton is said to be seeking greater protections for them (No, not THOSE Poles, the POLES!). Finally, last time we spoke with Linda Glover about the dwindling Tuna population, right? Well, last week we learned that the European Union countries adopted new rules to help restore endangered bluefin tuna in the Atlantic and the Mediterranean. How about this rule: STOP FISHING!

"Disection of the Squid", by RoMak & the Space Pirates will take us to our interview with Jackie Savitz, Pollution Campaign Director, and Senior Scientist at Oceana.

April 16, 3:30 - 5:30 pm & 7 - 9:30 pm. NRC Annual Assessment of Vermont Yankee Operations. Ramada Hotel and Conference Center, 1380 Putney Rd, Brattleboro, VT The NRC requested an Annual Assessment Meeting with Entergy to discuss the NRC's assessment of the safety performance of the Vermont Yankee Nuclear Power Station for calendar year 2008. Time will be provided for questions related to the 2008 assessment of Vermont Yankee. In addition, a Town Hall Style Meeting will be held in the evening to answer questions on the role of the NRC in ensuring safe plant operations. This meeting will be dedicated to answering questions from the public. Contact: cchang@nukebusters.org

Saturday, April 18 (Earth Day) from 8 am to 11 am. Bike Path Cleanup. Volunteers will start at two locations: The bike path behind the Stop and Shop,
and a mile north on the bike path where it crosses Prospect Avenue. Depending on how many of us there are and how vigorous we are, can go both directions
for as far as we can.

Sunday April 19, 1 to 4pm., Climate Leadership Workshop. McConnell 103, Smith College. If possible, please RSVP by sending an e-mail
to workshop@pvclimate.org with your name and email. Or, go to www.pvclimate.org. Requested donation but all are welcome, regardless of what you can afford.
If questions, please contact Tina at tina@pvclimate.org, 413-863-5253.

Monday, April 27th, 7pm. a public hearing for the Manhan Rail Trail (an extension to the Norwottuck Rail Trail from Easthampton to Northampton) Northampton at the Bridge Street Elementary School (2 Parsons Street)

That would be May Day, right? MAY DAY! MAY DAY! Listen to your MOTHER!!