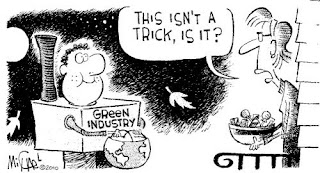 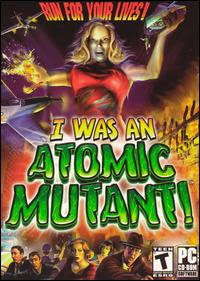 Greetings Earthlings. We're coming up on Halloween or the pagan festival of Samhain when the veil between the worlds of the living and the dead is thin, porous in fact! By the way, did you know that For Bats, the Future Is Spooky? Of course, Halloween in the U.S. is all about scary so we return to frightening tales of nuclear madness. Deb Katz of Citizens Awareness Network might call in to chill you to the bone and Paki Wieland of the Shut It Down affinity group joins us in the studio to talk resistance. As always, we disturb you with reports from the crypt of the living corporados in our Enviro Show Echo Chamber and our E-Valley-uation segment. We'll give you our Quote of the Week and we go plural with the Fool on the Hill, but first it's time for....Revenge of the Critters! Fishermen get caught!

"I crush everything" by Jonathan Coulton takes us to our very scary E-Valley-uation segment where we learn that radioactive tritium has been found in a watering hole at Vermont Yankee. Last call....we hope! O, and this: yet another radioactive leak in that old clunker nuke. Also, Springfield activists have been fighting a proposal by Palmer Renewable Energy (PRE) to build a so-called "biomass" plant in Springfield. They've been fighting hard for a year and a half as Stop Toxic Incineration in Springfield and making good progress. The good news is that PRE has decided it's too controversial to burn their original fuel source-- construction and demolition debris. The bad news is that now that they plan to burn only "waste wood," the plant will be harder to stop. They will now be considered a "non-major" source of air pollution, and are therefore subject to a less stringent permit process! November 9 is the last day you can comment on the process. Go here to register your concerns. How about an E-Valley-uation Blog Bonus Special? Checkout these WCVB video segments on the Western Mass Biomess!

One of our favorites, "Hot Frogs"by Tom Neilson segways us into the next segment. This time around it's Fools on the Hill (with an "s") as we learn just how much the Dems have gone nuclear. Also, Obama throws a big wet kiss directly into the Biomess!.

In the Enviro Show Echo Chamber we learn from Grist that "a New York Times/CBS News poll found that more than half the Tea Party supporters surveyed don't think global warming will ever have a serious effect on the planet". What a surprise! We thought it was more like 90%. Also, The Guardian finds Teabagger climate change deniers being funded by BP! And here's another Enviro Show Blog Bonus Special: Grist on the Massachusetts' Gov's race. And this one Glen dragged out for Halloween: The end of the world as we blow it. The film "Countdown to Zero" might be one of the most frightening movies ever made! Finally, our friend Anne Peterman had at it at the COP-10 negotiations regarding the corporate biofuels scam.

Our Enviro Show Quote of the Week comes from JFK: " Every man, woman and child lives under a nuclear sword of Damocles hanging by the slenderest of threads, capable of being cut at any moment by accident or miscalculation or by madness. The weapons of war must be abolished before they abolish us… The mere existence of modern weapons … is a source of horror and discord and distrust."

After we've totally freaked you out about nukes and Vermont Yankee, it'll be time to visit the Bus Stop Billboard for some much needed diversion:

Saturday, October 30, 1 - 2pm. Amazing Bats! Are bats really scary? Do they actually get stuck in your hair? Learn answers to these questions and more during an hour long celebration of bats! Children will be able to hear a story, investigate our bat mystery box, learn what it is like to be a bat through games, and make their own bat mask! This program is aimed at ages 4-11, although everyone is welcome! Great Falls Discovery Center, 2 Avenue A, Turners Falls. Call: 413.863.3221

Sunday, November 7, 4pm, Unitarian Meetinghouse in Amherst. A kick off event for a series of movies on climate change issues: Film and discussion: Scarred Lands and Wounded Lives: The Environmental Footprint of War.

We go out with one of our favorite nuke tunes, Dar Williams' "The Great Unknown". Happy Halloween and have a joyous Samhain, but please remember to listen to your Mother, OK? 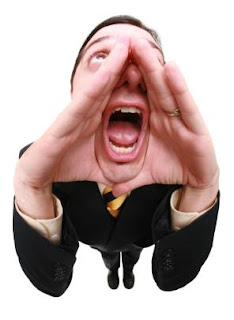 Greetings Earthlings. Time for another Enviro Show first! Rather than drive all the way to some overheated auditorium to sit in uncomfortable folding chairs and go all wall-eyed listening to bureaucrats drone on-and-on with all that jargon and all those acronyms about the Biomess, why not have a hearing right here on the radio! A draft proposed regulation to establish criteria that woody biomass facilities must meet under the Massachusetts Renewable Energy Portfolio Standard has been proposed by the state and public hearings have been called for the Berks and Central Mass., but not here in the Valley, sooooo.... WE'LL HOLD OUR OWN HEARING! Ray Weber of Friends of Robinson State Park: Chris Matera of Mass. Forest Watch; Meg Sheehan of the Stop Spewing Carbon campaign and Glen Ayers of The Enviro Show (who?) will testify. Given that it will take up most of the show we'll have to set aside our usual segments, but we'll post them here on the blog so Enviro Show listeners don't have to suffer withdrawal symptoms. Of course, there's one segment we simply cannot do without......Revenge of the Critters! Attacked in the Forest with A Million Eyes!

The Enviro Show Echo Chamber we lead off with some actual GOOD NEWS (can you believe this?). Remember when Ronny Ray-gun took Jimmy Carter's solar panels off the White House? All very symbolic, yes? Well, after months and months of conjouling and pleading by so many citizens, including yours truly, Obama has finally agreed to put the panels back up. Ta-da! On to the bad news, actually the REALLY bad news of the masive toxic spill in Hungry. Now this long and arduous piece from The New Yorker about our broken government: How the Senate and the White House missed their best chance to deal with climate change.

Time to Meet the New Boss again. So, while it's good news Obama finally went for the solar panels, it's not so good on his handling of the BP disaster. Mother Jones rips the boss a new one.

Our new Fool-on-the-Hill segment puts the spotlight on John McCain who does a perfect 180 on the climate crisis.

In the E-Valley-uation department we slip across the border to Pownal, Vermont (OK, OK, so it's the Hoosic River Valley, it's still a valley, right?) where Beaver Wood Energy (gosh, they must be friends of the beavers!) wants to erect yet another Biomess. The folks in Pownal got an ear full from our own Chris Matera and Josh Schlossberg on forestry issues and health effects related to biomass incineration and pellet production. Now for some evaluation of that 10/10/10 horse so many folks in this valley and elsewhere have hitched their wagons to.


October, 14-16. Beginning Thursday morning Forum (C building) Holyoke Community College at 9:30am. The Forest Summit. HCC in association with the Eastern Native Tree Society is hosting a long term lecture series to focus on the history, current status, and the future of the Forests of the Northeast and beyond. Go to: http://www.hcc.edu/forest/

Saturday,October 16, 9am. 350.org's 10/10/10 events. Grace Episcopal Church in Amherst will organize a parish-wide work party on the Saturday after 10/10/10 that will focus on implementing the recommendations from our top-to-bottom energy audit.

Thursday October 21, 7:00pm. The True Cost of Coal. The True Cost of Coal is an elaborate narrative illustration that explores the complex story of mountaintop removal coal mining and the broader impacts of coal in Appalachia and beyond. Beehive Design Collective at Food for Thought Books, 106 N Pleasant St., downtown Amherst. Call: 413-253-5432

Friday, October 22, 7pm. Friday Night Film Series. "Farm for the Future". Alarmed by the world's energy insecurity and her farm's dependence on cheap oil, a farmer seeks a low-energy future. Screening at MEF, 60 Masonic Street in Northampton. Enter via Woodstar Cafe, at the front of the building. The venue is accessible. Contact: info@northamptoncommittee.org

Tuesday, October 26, 7:00-8:30pm. First VT Yankee Decommissioning Forum. Marlboro Tech Center, 28 Vernon St Brattleboro. What will life look like once Vermont Yankee stops operating in March 2012? What options are there for clean up? How can citizens impact these decisions? Call: (413) 339-5781

Sunday, November 7, 4pm, Unitarian Meetinghouse in Amherst. A kick off event for a series of movies on climate change issues: Film and discussion: Scarred Lands and Wounded Lives: The Environmental Footprint of War.

This hearing is hereby adjourned.....O, and remember to listen to your Mother, OK?