The Down with King Coal Enviro Show, Part III

Greetings Earthlings. About had it with having some of the worst air quality in the region? How about the Mt. Tom coal-burning power plant? Do you think it's part of the problem....'ya think?? Claire B. W. Miller, Community Organizer for Toxics Action Center calls in to talk about that turkey by Mt. Tom and local activist, Jane Andresen joins us in the studio.. We'll also be giving some thanks in The Enviro Show Echo Chamber while our Fool-on-the-Hill gets the stuffing knocked out him. Tired of the seasonal puns yet? You may find some relief in our E-Valley-uation segment. First though, it's time for....Revenge of the Critters! Turf war with Turkeys!

In the Enviro Show Echo Chamber Grist finds a green Occupy Wall Street right down to the pedal power. Then we give thanks that at least some justice is being served down in coal country. We all look forward to the day Don Blankenship serves some time too! Here's an Enviro Show Blog Bonus Action Link to help stop one particularly ugly mountain top removal project. On the down side (you knew we'd go there, right?), it looks like New England forests will be shipped off to Europe in countless tiny pieces. Since we're talking trash on King Coal here, how about that coal ash spill in Lake Michigan earlier this month? Talk about dirt bags!

Our Fool-on-the-Hill would like to gut the Cross State Air Pollution Rule, you know the one that applies to all that bad air wafting into the Valley from Mid-west mega coal-burning power plants? Yes, and none other than arch Repugnican teabagger Senator Rand Paul, carving knife in hand, is poised to cut away. We're thinking he should be excused from the table.......sorry.....can't resist those T-Day puns.

In our E-Valley-uation segment we're asking you to take action against corporate welfare for biomass incinerators, OK? If you've been paying attention here to the show you know those biomonsters have their beady eyes set on Western Mass forests. Now, about that old coal-burning clunker by Mt. Tom: did you know about the Greening of Mt. Tom? Hmm......well, we wish it was reforestation, but.... Finally, it seems the FBI is all over Northampton looking for Daniel Andreas San Diego, the alleged "eco-terrorist" they put way up on top of their most wanted list. Of course, San Diego is only accused of property destruction but since it was corporate property he must be part of "the number one domestic terrorist threat" in the nation, right? OK, so he's not armed to the teeth like all those far-right militia freaks, and he didn't rip us all off for billions of dollars, throwing many of us into the streets, like the banksters & corporados, he's still a terrorist, right? right? no?...

Tom Neilson's "Corporations are Human" takes us to our interview with Claire Miller. Then we adjourn to the Bus Stop Billboard:

Monday, November 21, 11:00am. March & Rally on Wall Street Banks. Meet behind Dunkin Donuts on Corner of Morris & Central Sts., Springfield, Mass. THIS IS THE BIG ONE! Join hundreds of residents fighting back against banks who are foreclosing and evicting our families for the biggest action yet against the banksters! More information, press releases, flyers will be available at www.springfieldnooneleaves.org

Friday, November 25, All day is BUY NOTHING DAY! Go to: http://www.adbusters.org/campaigns/bnd

Wednesday, November 30, 6:30 pm. Screening of "Gasland" at St. James Church, Greenfield. The Halliburton-developed drilling technology of “fracking” or hydraulic fracturing has unlocked a “Saudi Arabia of natural gas”, but is it safe? This film follows a cross-country odyssey uncovering a trail of secrets, lies and contamination.Call: 413-773-7004

Tuesday, December 6, 6:30pm. LIFE AFTER VERMONT YANKEE. Forum with Panel discussion and Q&A to address what will happen when Vermont Yankee shutters in 2012. A three-person panel will talk about transition, clean-up, long-term waste storage and what role citizens can play in the process. Bangs Center Amherst. This event is co-sponsored by the Safe & Green Campaign, New England Coalition on Nuclear Pollution and Nuclear Free Vermont by 2012. Refreshments will be served. For more information, contact Deb Katz 413.339.5781.

That does it for us. Be thankful to your Mother....and listen to her! 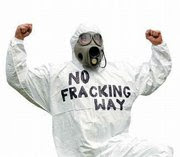 Greetings Earthlings. Recovered from the latest natural disaster yet? What makes you think it's natural? Do we need still more anecdotal evidence that humanity is hard at work destroying the ecosphere? No? How about some overwhelming scientific evidence?? We'll get to that and a call-in from fracking expert, Jessica Ennis of EarthJustice. Now is a critical moment in the anti-fracking movement here in the Northeast. Checkout this crucial demonstration set for November 21st. Also, if a snowbound Halloween wasn't scary enough for you, how about a visit to our Fool-on-the-Hill? No? The Enviro Show Horror....er...i mean Echo Chamber is always open for business. We'll lay the Quote of the week on you and maybe some other stuff but first it's time for...
Revenge of the Critters! Gator Gobbles Georgia Granny. Lawyers in hot pursuit!

In The Enviro Show Echo Chamber you'll find the NPR story that inspired this week's show. Almost everyone knows about fracking for gas and its associated pollution, but did you know about fracking for oil? How about a GIGANTIC fracking for oil BOOM? And, how about communities coming together and saying: No fracking way! Meanwhile, across the border in New York, citizens are jumping into the fray, as well. Since we're in NY State, check this out: Occupy Wall Street says What the Frack! (Their not stopping there however, it looks like every Sunday may be Environmentalist Solidarity Day at OWS). What? You don't believe fracking is perfectly safe? Well now, back in August this Haliburton CEO had his taster drink their new, improved fracking fluid on stage! No word yet on the underling's status. Here's that climate crisis science we were talking about at the top of the show. Finally this: Chomsky on the Occupation movement.

Guess who's back! "In 2005, at the urging of Vice President Dick Cheney, Congress created the so-called "Halliburton loophole" to clean water protections in federal law to prevent the U.S. Environmental Protection Agency from regulating the fracking process, despite serious concerns that were raised about the chemicals used in the process and its demonstrated spoiling and contamination of drinking water. In 2001, Cheney's "energy task force" had touted the benefits of hydrofracking, while redacting references to human health hazards associated with hydrofracking. Halliburton, which was previously led by Cheney, reportedly earns $1.5 billion a year from its energy operations, which rely substantially on its hydrofracking business." That's from the Los Angeles Times, October 14, 2004.

"My Water's on Fire Tonight" by David Holmes takes us to our E-Valley-uation segment where YOUR favorite enviro radio show gets a nod on Grist (blush).

This week's Fool-on-the-Hill is Sen. Mike Johanns (R-Neb.) who is targeting the Environmental Protection Agency’s nonexistent farm dust regulations......yes, we said non-existent. Like our own MA Rep. Ed Markey said: "There is no plan to regulate farm dust, any more than there is to regulate fairy dust". Leave it to the Repugnicans to come up empty as the nation goes down the tubes.

The Enviro Show quote of the Week puts us once again into the Wayback Machine, and speaking of machines: "Let your life be a counter friction to stop the machine" - Henry David Thoreau

Following our interview with Jessica Ennis of EarthJustice we head over to the Bus Stop Billboard:

Occupy UMass. General Assembly Wednesdays from 1 to 3pm, and will begin a second meeting starting this week on Fridays starting at 5 PM. Wednesday meetings are held in front of the WEB Dubois library on the cement platform, and the Friday meetings are held on the steps in front of the Student Union. Email: shavahnbest@gmail.com Subscribe to list here: occupyumassamherst@googlegroups.com

Occupy Greenfield rallies on the Common on Saturdays 10am-Noon and Mondays 5-6pm.

Sunday, November 13 · 11:00am - 2:00pm, Occupy New England Solidarity March! Worcester, MA. Occupy Worcester, recognizing the need for solidarity between various Occupations, seeks to organize a march with any and all who would share our company. Worcester has a central location in relation to other major cities, we've got a good rapport with the police and city hall, so no major opposition is expected. Schedule: 11AM: Gather in the Commons behind city hall, open forum for inter- city cooperation and solidarity, shared DA's, and idle chit-chat.11:45: March begins! Go to: http://OccupyWorcester.com

Friday, November 18, 7-9pm. "It's Our Future! Youth Speak Out to Save the Environment & the Earth". Northampton Center for the Arts, 17 New South Street--across from Academy of Music. Using poetry, prose, hip-hop rhyming, music, dance, art, video, sculpture, skits, and stand-up comedy, young people between the ages of 8 and 25 are invited to speak out about climate change and other environmental threats, and express their hope and vision for a sustainable valley, nation, and planet. Contact: johnpberk@gmail.com

November 30, 6:30 pm. Screening of "Gasland" at St. James Church, Greenfield. The Halliburton-developed drilling technology of “fracking” or hydraulic fracturing has unlocked a “Saudi Arabia of natural gas”, but is it safe? This film follows a cross-country odyssey uncovering a trail of secrets, lies and contamination.Call: 413-773-7004

There. Another Enviro Show come and gone. There's just one more thing: Listen to your Mother!