Greetings Earthlings. Have you ever noticed the Massachusetts state flag? Chances are if you happen to be Native American you are well aware of the colonial sword over the head of the indigenous man on the shield. David Detmold returns to the show to talk about Change The Mass Flag  along with Amalia Four Hawks joining us in the studio as well. Also, our friend Karl Meyer raises a red flag about what's going on with the Connecticut River, the Canadian FirstLight Hydro Generating Company and those tiresome bureaucrats at the Federal Energy Regulatory Commission ("FERC Don't Work!) As usual, we will also take you to visit this week's Fool-on-the-Hill and to witness The Mad King and his enablers at work destroying everything we hold sacred. We may even have time for a Quote of the week but first it's time for.........Revenge of the Critters! If humans are busy trashing the climate they have to expect some unusual visitors at their door.

Our Fool-on-the-Hill, along with most of his Repugnican climate criminals seems to have a problem with the Green New Deal. Rep. John Shimkus of Illinois,  the House Environment and Climate Change subcommittee's ranking Repug, called it "radical." He denounced "top down government requirements to rapidly decarbonize" as little more than "wealth transfer schemes." We guess he missed the memo about Life on Earth having little more than a decade to decarbonize?

On to His Malignancy The Mad King. Our friends at Grist tell us His Malignancy's "National Emergency" wall isn’t just "an expensive [and dangerous] political maneuver; its construction poses a threat to Tohono O’odham Nation land and culture, as well as biodiversity, wildlife refuges along the border, and endangered species. Case in point: One study shows that the wall threatens 93 endangered species." Speaking of National Emergencies, His Malignancy is reportedly "organizing a new committee to examine whether climate change poses a threat to national security, to be led by notorious climate change denier, Princeton University professor emeritus William Happer...William Happer has long claimed increasing the amount of carbon dioxide in the atmosphere will actually benefit humans[!] He has compared the fight against climate change to the Holocaust, saying, “The demonization of carbon dioxide is just like the demonization of the poor Jews under Hitler.” OK, meanwhile, The Mad King's EPA is getting ready to wipe out Obama era protections for wetlands and drinking water, in another giveaway to corporate polluters. One of the first things @EPAAWheeler did as acting administrator was begin a process to gut safeguards for communities from #CoalAsh. The public will have until April 15 to comment on the proposed change. And this: More than a dozen Republican senators and even the U.S. Chamber of Commerce have supported The Kigali Amendment to reduce the use of potent greenhouse gases in air conditioning and refrigeration. Guess who hasn't? Yup, the Climate Criminal-in-Chief whose Interior Department might better be described as the Inferior Dept. even after Lyin' Ryan is history! Finally, Grist reports His Malignancy "imposed tariffs against imported solar panels, along with two key materials — steel and aluminum. Companies, uncertain about exactly how these tariffs will work, have put the brakes on operations. By last June, companies had canceled or delayed the construction of $2.5 billion worth of solar facilities, according to Reuters." Maybe The Mad King would prefer more coal power to make America great again?

Time for our Quote of the Week:

"The science that we are doing is a threat to the world’s most powerful and wealthiest special interests. The most powerful and wealthiest special interest that has ever existed: the fossil fuel industry. They have used their immense resources to create fake scandals and to fund a global disinformation campaign aimed at vilifying the scientists, discrediting the science, and misleading the public and policymakers. Arguably, it is the most villainous act in the history of human civilization, because it is about the short-term interests of a small number of plutocrats over the long-term welfare of this planet and the people who live on it."
-climate scientist Michael Mann


On to "It's the Climate Crisis, Stupid!"  Your Climate Crisis denying neighbor might want to know about this one: "This should be at the top of every news bulletin and every government's agenda around the world." It's enough to make a body want to get back in the garden......if it weren't for all the ticks. Have you joined the Youth Legal Action for a Safe Climate yet? You can start HERE.

The Enviro Show Echo Chamber is back. Our friends organizing around that sketchy Pilgrim Nuke over in Plymouth are asking if you "Will you send a letter today to make sure Pilgrim is closed safely?"

After we talk with our guests it's time for the Bus Stop Billboard:


Monday, March 11, 1pm. Fukushima Anniversary Vigil.  Paula Sharaga was organizing a demonstration at the Japan Consulate in Boston.  In her memory, Boston Downwinders have asked we all join together on that day for the vigil from noon to one o'clock. We then plan to go to the state house to meet with representatives and lobby if the Pilgrim bills have been assigned to committees by then. Go to:   http://www.capedownwinders.info


Friday March 15, 8am to 3pm.  MA Youth Climate Strike!  Massachusetts State House, 24 Beacon St, Boston, Massachusetts 02108. As part of the global movement, youth from across Massachusetts will be striking on March 15 to fight for our futures & demand that our lawmakers put an end to climate change. #YouthStrikesUSA #ClimateStrike #YouthClimateStrike #GreenNewDeal Why should we go to school and learn to prepare ourselves for our future when our future is not being protected by our country's lawmakers? Why should we go to school to learn information and facts, when facts are clearly not valued by our country who fails to look at the facts and take action against climate change?


Saturday, March 16, 1 – 4pm. Celebrate the Struggle - 100 Years - 100 Signs! What better way to celebrate and honor Frances Crowe on her 100th Birthday than to show up with a sign about the issues- ones you care about and work for and ones Frances cares about. Our goal is to get you and 99 others- 100 people- holding 100 signs. We will march from 33 Hawley St. and up Main Street, then back to Hawley St. and inside for a proper celebration! Let us know you're coming at the new Facebook event, and please check there for updates at we get closer! https://www.facebook.com/events/378001776116409/

That's it for now. Remember to.....what? LISTEN TO YOUR MOTHER! 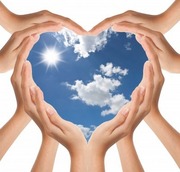