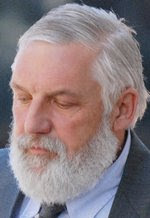 Here's some news on the pathetic sentence Judge Ponsor handed down on Michael Zak, the serial bird killer who owns the Mohawk Trout Hatchery at 467 Amherst Road in Sunderland, Massachusetts. The maximum sentence for this gruesome crime is 3 years in jail, instead Ponsor lets him off with probation, proving once again that wildlife is expendable, even threatened and endangered species, in the eyes of anthropocentric humans.

Zak and Timothy Lloyd, 29, of 115 Park St., Easthampton, shot and tried to hide "more than 250 great blue heron carcasses, as well as the bodies of about 10 ospreys and one bald eagle on the grounds of the Mohawk Trout Hatchery, a business owned by Zak and which lies behind his home."

Soooo, not much in the way of justice served there, huh? Perhaps there's some divine justice in store for Zak? Only time will tell.

The AP story is below. MassLive blog coverage is here.

SPRINGFIELD, Mass. (AP) - The owner of a Sunderland trout hatchery will spend six months in a halfway house for killing herons, ospreys and a bald eagle.

Zak pleaded guilty to shooting more than 200 herons and ospreys that were feeding at his fish pools between 2004 and 2007.

But he claimed that he thought the eagle was actually a hawk.

Zak told the judge that shooting the birds was the only way he knew to keep them from eating his fish. But Judge Ponsor said he couldn't understand why Zak just didn't spend the money to put nets over the fish pools to protect them from the birds.

Timothy Lloyd -- who worked for Zak -- also pleaded guilty in the case and was ordered to pay a $15,000 fine and serve two years of probation.

Copyright 2007 The Associated Press. All rights reserved. This material may not be published, broadcast, rewritten or redistributed.

Greetings Earthlings, guess who’s poking around the Montague Plain lookin’ to privatize the public aquifer? None other than Nestle, the "good food, good life" corporados. We say: Not good! These guys are raiding public resources all over the rural U.S. We expect a call-in from Tim Simmons, Restoration Ecologist with Mass Wildlife who will tell us about the ecological aspects of the Montague Plains, and us dirt-worshippers here in the studio will talk about this latest attempt by the corporados to privatize the commons. Also, we check-in with the vile machinations of Darth Cheney once more in our Empire Notes segment And another call-in from David Kroodsma on the Ride for Climate,(checkout their You-Tube music video here), but first a special Imperial War on Terra' edition of the....Revenge of the Critters! Giant badgers terrorize Iraq!

There it is again, Glen! The Darth Cheney theme. When will he and his neocon droids release us from this bondage?? We reported on Lord Cheney’s secretive Energy Taskforce long ago, but now the Washington Post has revealed the names of the operatives from Big Oil and others who met with Darth to plan the takeover of Iraq...err...Washington? Whatever! July 23, by the way, is or was (depending when you read this) Impeach Cheney Day. Last weekend Impeach Cheney was the #1 video on YouTube. Grist reports other Cheney news: "Spurred by an earlier piece in the Post, House Democrats plan to hold a hearing at the end of July to look into the veep's role in policy moves that led to the massive die-off of Klamath River salmon in 2002". Speaking of Big Oil, Darth’s friends at Exxon/Mobil are being sued by New York State. You gotta' problem wid' 'dat??

In our Enviro Show Echo Chamber we echo the words of former Green Party candidate for the office of the Guv, Jill Stein on the proposed creation of...are you ready?... a Developer-Government in Massachusetts! And, we segway into tonights’ topic with this piece from AlterNet that takes us right to Nestle’s so-called "good life":"Rural communities exploited by Nestle for your bottled water". By the way, Tuesday, July 31 at 1:00 p.m. there’s a meeting of the Fisheries & Wildlife Board about giving Nestle access to the Montague Plain for testing. PROTEST!!!

Our Blog Bonus Special this week is a summer viewing spectacular! Checkout "Flushie's Summer Vacation". Coming to a monitor near you!

"Veolia" by Tom Neilson from his "Only Outlaws will be Free" disc takes us to our segment on Nestle's intentions for the Montague Plain and the water issues involved in that corporate scheme and we'll field a call from Tim Simmons, Restoration Ecologist with Mass Wildlife.

Thursday, July 26, from 3 to 8 p.m. MassCentral Rail Trail Coalition events. A walking tour of downtown, a biking tour of the path network being developed, a dinner meeting at the Northampton Brewery-- and an update about what is going on across the state the longest possible rail trail in New England. Call 413-575-2277 or email: craig4135@comcast.net.

Tuesday, July 31;1:00 p.m. Meeting of the Fisheries & Wildlife Board. PROTEST!!! Nestle is talking with MassWildlife to obtain permission to enter the Montague Plains Wildlife Management Area and perform a site investigation. This investigation would culminate in a long term pumping test well to "stress the aquifer" and see how it reacts in order to determine its long term sustainable yield. U.S. Fish & Wildlife Service Regional Office, 300 Westgate Drive off Rte 116 and Rte 9, Hadley.

Saturday, August 4; 11 a.m., Greenfield Town Common. Vigil and speak-out to mark the beginning of Hiroshima and Nagasaki Remembrance Week: a time to honor those who died and suffered due to the U.S. atomic bombing of those Japanese cities on August 6 & 9, 1945; For info call, 367-9356.

We hope to go out with Mos Def's "New World Water", if we can find a copy that has all those nasty words bleeped out. Goddess knows, we wouldn't want to offend anyone.....right? 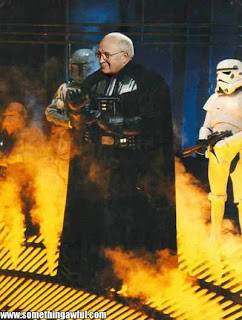 Greetings Earthlings, It’s something for everyone this evening. We return again to the plight of our four-legged relations, specifically those studied by UMass wildlife biologist, Malik Marjan in the Boma National Park and within the massive Southern Sudan animal migration recently featured in the New York Times. Also, it’s an extended Darth Cheney segment tonight given the recent revelations in the Washington Post and his latest machinations for the real Evil Empire. David Kroodsma phones in from the road, hopefully! The Ride for Climate finds our guy from Amherst on the outer fringes of Cheney’s home state. Careful David! He’s armed and dangerous!! As always, we’ll checkout the Enviro Show Echo Chamber and other news, but first it’s time for....Revenge of the critters! Spider invasion creeping out Austrians!

After some voices from last Saturday's Live Earth event in Northampton we'll move on to the Enviro Show Echo Chamber. From the New York Times a must read op-ed by Al Gore in the Sunday, July 1 edition, Moving Beyond Kyoto. Also from the Times: "Business prevails in environmental case". And speaking of endangered species :"Poachers kill one of two last White Rhinos in Zambia". And U.S. Fish & Wildlife giving trophy hunting permits for Polar bears? Checkout the action link here. Some good news from the Amherst Bulletin: "Colleges, town making strides to limit energy consumption". And finally, our roving reporter and fellow bardic insurgent, Tom Neilson reports from the heartland that the lakes of Wisconsin are drying up. Maybe Texas will send some of their surplus rain northward? Happy trails, Tom!

There’s the theme, Glen, how much longer until Darth Cheney, the boy emperor and their ilk are banished? Darth and his Death Star at 1600 Pennsylvania Avenue are taking fire from quasi-rebel forces at the Washington Post....finally! We'll have a look at an excerpt from the week-long series, this one focusing on Darth’s assault on the planet Earth. And, regarding the Scooter Libby jail break, our friends at Traprock Peace Center put this one up on their blog: "Congress can still follow the Libby oil trail".

"What Does that W Stand For?" by John Lily, from the "Hail to the Thieves III" compilation takes us to our interview with Malik Marjan. Then it's on to the Bus Stop Billboard:

Wednesday,July 11 & Friday, July 13, 9 am at the Windham County Courthouse, Newfane, VT. Entergy will be presenting its findings as to the effects of temperature increase on the CT river. Attend and support CAN and NECNP lawyers! Contact Evan Mulholland for more legal info, evanmulholland@yahoo.com and the Environmental Court contact is (802) 828-1660.

Thursday, July 12, 7:00pm The State Department of Public Utilities is holding a public hearing in Russell on the transmission line corridors for the proposed Russell Biomass plant. The corridors would either run through rare and priority species habitat in the Tekoa and Grace Robson State Wildlife Sanctuaries, or through neighborhoods in Russell and Westfield.. Hearing at the Russell Elementary School on Highland Avenue (just off Route 20 a block from the Cumberland Farms). (413) 862-0037


Saturday, July 14, 10:00 AM-12:00 PM. Hawley Bog Walk. Come visit this pristine peatland jointly owned by The Nature Conservancy and the Five Colleges. During midsummer, we should see blooming orchids, such as pink grass and fringed orchid, all three native insectivorous plants, and the many members of the heath family that make the bog their home. Adults $10.00 m/ $15.00 nm. REGISTRATION Phone: 413-584-3009


Sunday, July 22; Noon - 2 p.m. Green and Nuclear Free -- A Community Gathering in Favor of Energy Efficiency, Renewable Energy, and Closing Vermont Yankee. Brattleboro town common, Park Place between Linden Street and Putney Road, Brattleboro, VT. Music by Charlie King and Derrik Jordan. AND a Non-violent Civil Disobedience Action. At 2 p.m. on July 22 a group of people will carpool from the Common to Vermont Yankee to do an act of non-violent civil disobedience. Others will come to witness and support those who will risk arrest. Co-sponsored by Citizens Awareness Network, Vermont Yankee Decommissioning Alliance, New England Coalition on Nuclear Pollution, Nuclear Free Vermont. More info: www.nukebusters.org or (413) 339-5781 or (802) 254-2531.

We'll go out with "We Will Rise" by upstate New Yorker, Colleen Kattau from her new "Inhabited Woman" disc. Until next time remember: Listen to yur' Mother!