The Climate Crisis & the Media 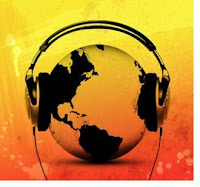 Greetings Earthlings. When was the last time you saw or read a story about climate chaos in the mainstream media? Is it all Trump and trash or bleeding leads? Lisa Hymas director of the climate and energy program at Media Matters joins us to test the waters. Of course, here on The Enviro Show we're all over the Climate Crisis like an invasive species without any natural predators. Speaking of which, we'll also take you to see The Mad King and some of his crazed court of climate criminals, as well as a side trip to have a good laugh about this week's Fool-on-the-Hill. All that and more (as they say), but first it's time for....................Revenge of the Critters! You may not be surprised to learn there's "vermin problem at 1600 Pennsylvania Ave" and not just in the Oval Office!

So much for the little creepy crawlers, on to the bigger specimens like His Malignancy The Mad King and his entourage of vermin like, for instance, Ryan Zinke crazed cowperson of the Department of the Inferior whose long list of scandals and ethical shortfalls was tallied up by none other than our guest's organization, Media Matters. But Lyin' Ryan is a piker compared to The Dark Prince over at the EPA. Politico reports, Scott Pruitt’s EPA and You-Know-Who’s White House teamed up in an attempt to block a report on water contamination by PFAS chemicals after one White House staffer warned that the report would be a “public relations nightmare.” What?? The public relations nightmare has been in progress for over a year. Why the sudden concern?  Meanwhile over at NASA, whose incoming administrator has zero experience with science, the program that tracks greenhouse gas emissions is being cancelled. Surprise! O wait, the same Yahoo News report notes : "Trump has proposed cancelling another Earth science mission, the Orbiting Carbon Observatory 3 (OCO-3)" as well. Maybe he'll use the savings for his fantasy about space cadets? Don't those cadets need a livable planet to return to? Stay tuned.

This week's Fool-on-the-Hill may have rocks in his head. Repugnican Rep. Morris Jackson Brooks Jr.  is vice chair of the House Committee on Science, Space and Technology but like sooooo many Repugs on this sorry-ass committee Brooks is clueless on the subject of science. Last Wednesday during a hearing on “Using Technology to Address Climate Change” the congressman came up with a new theory on rising sea levels. Never mind the vast store of peer reviewed climate science identifying man-made CO2 and methane emissions warming the planet, Morris Brooks says: "Every time you have that soil or rock deposited into the seas, that causes the sea level to rise, because now you’ve got less space in those oceans, because the bottom is moving up.”  It's rocks. Who knew!

On to our Enviro Show Quote of the Week and this one fits our focus for this show:

"The U.S. news media have a critical role to play in educating the public about climate change."
- Amy Goodman

In The Enviro Show Echo Chamber we rerun the New York Times' piece on the disappearing "old ice" up in the Arctic. Just like us senior citizens, pesky old ice seems to stick around forever.....until now. And this: our friends at the Center for Biological Diversity are sounding the alarm about all the pesticides being sprayed on our National Wildlife Refuges? Is there no refuge??

After our conversation with Lisa we move on to the Bus Stop Billboard:

Monday, June 4, Press Conference at 1pm, rally at 2pm, Poor People's Campaign-Rally on Ecological Devastation and Health at Springfield City Hall, Springfield MA. This is a prime moment to show our solidarity. Please show up in Springfield if you are able! Go to: http://racialjusticerising.org/news-on-week-4/

Friday June 8, 9:30am. Walk the Talk on Climate. On Thursday June 7, Boston Mayor Walsh will hold an International Mayors Climate Summit. The following day, on June 8th, he will kick off the US Conference of Mayors Annual Meeting. Join the rally Friday morning to call on Mayor Walsh and all US mayors to turn their climate promises into climate action! They must 'walk the talk' on climate. Call 617-971-8568 with any questions.

That's all folks BUT remember: Listen to your Mother, OK? 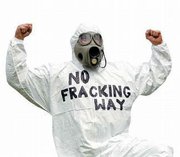 Greetings Earthlings. It's Springtime and so much comes to back into the light. Take for instance all the machinations by the fracked gas industry and their many enablers! Rosemary Wessel of No Fracked Gas in Mass returns to update us on all things fracked gas including actions you can take. As usual, we take you to see the Fool-on-the-Hill and His Malignancy The Mad King (not to mention his court of creepy climate criminals). Also, a special Enviro Show Quote of the Week right on target for this week's theme, all that and more but first it's time for.............Revenge of the Critters! Lone-star ticks coming for you meat eaters.....in pacts!

The week's Fool-on-the-Hill is another twofer and a regional one at that. Sadly, some of our representatives in The Belly of the Beast are not representing our best interests or those of the planet we share with all beings. U.S. Senators Susan Collins (R-ME) and Jeanne Shaheen (D-NH) introduced the "Community Wood Energy Innovation Act of 2018" last week in an ill-conceived effort to "encourage the deployment of biomass-fueled energy systems and spur markets for low-grade, low-value wood" which is timberspeak for turning our forests into pellet or chip plantations for the lucrative export market while destroying the massive carbon sink that is our New England forests. How's THAT for innovation? We guess the addled Sen. Collins wasn't satisfied with just voting to make far-right Mike Pompeo the U.S. Secretary of State and thus placing us on the path to war with Iran, then she decided to inject new energy into The War on Nature! Wait, aren't women supposed to be nurturing?? Watch this space for future pushback!

And, speaking of His Malignancy The Mad King, the guy who signed that recent edict trashing the nation's air quality now "signed House Joint Resolution 69 (HJR 69) into law. The legislation rescinds the U.S. Fish and Wildlife Service’s (USFWS) 2016 Alaska National Wildlife Refuges Rule. The Refuge Rule was enacted to protect native carnivores on Alaska’s refuges from the state’s Board of Game predator management program, which allows practices such as the killing of bears with cubs and wolves with pups, as well as the hunting of animals from aircraft, among other things." Who knows, maybe this week he'll go after cuddly stuffed children's toys? Not satisfied with killing critters, His Malignancy seems to want to keep all that nasty plastic in our National Parks so America can continue to be great, we guess? O, and eliminate the White House bikeshare station in case someone using it gets the mistaken impression His Malignancy might support ANYTHING environmentally smart. And this: We hope his enablers are fooled into believing having The Mad King's arrogant mug carved into a glacier would be some kind of honor, 'cuz it truly is not.  On to The Mad King's Prince of Darkness, Scott Pruitt, the gift that keeps on giving in terms of scandal and....well......ecological disaster. The man who garners this scathing critique from The Paper of Record: "Despite stiff competition, Scott Pruitt, the administrator of the Environmental Protection Agency, is by common consensus the worst of the ideologues and mediocrities President Trump chose to populate his cabinet." The worst of the worst; welcome to the era of The Mad King! But hey, why stop there? Last week The Dark Prince may have outdone himself by proclaiming (drumroll please)..."that tree burning was inherently a carbon-neutral way to produce electricity". This was refuted by Bill Moomaw and others soon enough. We guess Scotty is thinking ahead centuries as if there was no CLIMATE CRISIS! But fact-challenged as he is, Pruitt is just inherently criminally evil and deserving of all the truly bad press history will give him and all his relations. Finally yet another scandal, it looks like filthy rich Big Oil will be getting a "financial hardship waiver" from The Dark Prince.

Time for The Enviro Show Quote of the Week which, like most of the above, is also from the Land of Stupid. Casting environmentalists and groups like Conservation Law Foundation as anti-technology Luddites, opposed to gas, wind and hydro, corporate attorney Michael Blazer stated:

“What are we left with? Marching backwards to burn whale oil?”

Given that Blazer was speaking on behalf of the billion dollar fossil fuel energy company, Invenergy that wants to build a fracked gas and diesel oil burning power plant nightmare in the middle of the pristine forests of north-west Rhode Island, just who is marching backwards??

On to The Enviro Show Echo Chamber for some potential good news! (isn't THAT refreshing?). A recent piece in the New York Times caught our attention regarding direct-air capture of CO2 in the atmosphere by rock formations. Read all about it HERE. And now a word from your Massachusetts Attorney General: "These commonsense limits on tailpipe pollution have done more than any other measure to improve air quality, reduce carbon emissions, increase miles per gallon fuel economy and save drivers money on gas,” said Bay State Attorney General Maura Healey. “Scott Pruitt has once again illegally handed EPA decision-making over to fossil-fuel lobbyists, while sticking the American people with dirtier air and higher prices at the pump. Since the public can no longer depend on the EPA to protect their interests, we are fighting to defend the standards."

After our conversation with Rosemary it's off to the Bus Stop Billboard:

Saturday May 19, 10am to 4pm. Day of Remembrance Commemoration of the Anniversary of the Great Falls Massacre. Great Falls Discovery Center, 2 Avenue A, Turners Falls,MA . Call: 413-773-9818


Thursday, May 31, 6 - 8pm. An Evening With the Conservation Law Foundation. You’re invited to an evening with Conservation Law Foundation (CLF) at the Hitchcock Center on West Street in Amherst, MA.  CLF, a New England-wide environmental advocacy organization, forges lasting solutions for the region’s most critical environmental challenges. Go to: https://www.facebook.com/events/104328837079712/

Friday June 8, 9:30am. Walk the Talk on Climate. On Thursday June 7, Boston Mayor Walsh will hold an International Mayors Climate Summit. The following day, on June 8th, he will kick off the US Conference of Mayors Annual Meeting.


Join the rally Friday morning to call on Mayor Walsh and all US mayors to turn their climate promises into climate action! They must 'walk the talk' on climate. Call 617-971-8568 with any questions.

OK, that's it for now. Remember to listen to your Mother