Greetings Earthlings. Welcome to a new era. We gladly file away past segments covering all those grim years of His Malignancy's reign and begin a new segment, for the time being titled "Decidin' with Biden" and hopefully never morphing into "Backslidin' with Biden", but moderate Dems being moderate in the midst of a Climate Crisis keeps us realistic in an unreal nation. So, good riddance to old rubbish and welcome to some degree of sanity.  Old-growth guru Bob Leverett returns to the show to help us delve into Proforestation and climate policy once again. [UPDATE: here's the Interview!]As always, we will take you along to visit this week's Fool-on-the-Hill and to join us on "Decidin' with Biden", as well as reminding everyone that "It's the Climate Crisis, Stupid!" and maybe an Enviro Show Quote of the Week but first it's time for.........Revenge of the Critters! A double whamy for the lawns and their lovers.

This week's Fool-on-the-Hill is setting the wrong tone for the new Prez and his plans for unity. He's a real fool but we're not sure yet he's an outright domestic terrorist like some of his Repugnican colleagues. Yes, Repugnican Senator Josh Hawley, fascist poster boy from Missouri is our Fool this week if for no other reason than being a self-serving poser for insurrection (as the mob of terrorists approached the Capitol Building on January 6 before violently storming it, Hawley was pictured giving them the closed fist salute). Earlier, Hawley lead an effort to throw out valid electoral votes from states that were pivotal in The Mad King's loss, thus trying to overthrow a valid election. After the dust settled in the Capitol and the terrorists were eventually driven off, Hawley proceeded to try and block confirmation for Alejandro Mayorkas, President Biden's Homeland Security secretary nominee. In the end he failed and we trust this fool will continue to fail because some observers believe Hawley aims to be the presidential nominee in 2024 when fascism takes another shot at the White House.

For now we'll be "Decidin' with Biden" as to what needs to be done to get this beater back on track, OK? The new Prez already revoked the old Mad King's presidential permit for the Keystone XL pipeline as one of his earliest executive orders and rejoined the Paris Climate Accord. The Washington Post informs us: "
Biden also ordered federal agencies to review scores of climate and environmental policies enacted during the Trump years and, if possible, to quickly reverse them. Nearly half of the regulations the new administration is targeting come from the Environmental Protection Agency, on issues as varied as drinking water, dangerous chemicals and gas-mileage standards.....[Also] He plans to sign an executive order elevating climate in domestic and national security policy; direct “science and evidence based decision-making” in federal agencies; reestablish the Presidential Council of Advisers on Science and Technology and announce that U.S. data that will help underpin the Climate Leadership Summit that Biden will host in Washington in late April."All that on his first day.

Time to remind everyone "It's the Climate Crisis, Stupid!" so, are you prepared for it? Bernie is. Did you catch all the slaves to fashion freezing their asses off during the Inauguration? Not Bernie! That said, we are sad to report 2020 was a disaster for planet Earth. historic fires, record breaking heat, deadly storms, global water crisis, dramatic loss of sea ice and the ongoing  6th Great Extinction being only some of it. There are a few glimmers of hope such as a federal court's recent decision to strike down His Malignancy's "Dirty Power" rule loosening restrictions on greenhouse gas emissions from coal plants but why are we even talking about coal, a 19th century fuel source??

Time for The Enviro Show Quote of the Week:

"This mob thought they could use violence to silence the will of the people, to stop the work of our democracy, to drive us from this sacred ground. It did not happen. It will never happen. Not today, not tomorrow, not ever."  -President Joe Biden

On to our Bus Stop Billboard:

Tuesday, February 16, 6:00 pm - 7:15 pm.  Net Zero Pathways Webinar. join MCAN and AE2C energy and climate policy experts on what promises to be a new era in the U.S. to address climate change at the domestic and international levels. Experts will discuss economy-wide decarbonization pathways including electrification, U.S. energy workforce trends and the U.S. rejoining the Paris Agreement. RSVP here

Wednesday, Feb. 17, | 6:30- 8:30 p.m.  Attend a virtual public hearing to learn more about the National Marine Fisheries Service's rulemaking. There will also be an opportunity for public testimony at the hearing — an opportunity for you to tell them to take bold action to protect right whales.   You can contact Kristen Monsell, kmonsell@biologicaldiversity.org, for more information or for talking points.

That's all for now in this new era remember to listen to your Mother, OK? 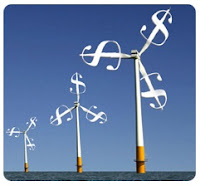 Greetings Earthlings. While we tend to get into news about predators in the animal kingdom here on the show we are not big fans of predatory capitalism. Back in the hay days of the market there was always talk of trading in pork bellies (sounds predatory from here) but what about trading in carbon offsets? We ask Blake Lawrence, Marketing Manager at Cool Effect for some answers. As always we will also guide you along to witness this week's Fool-on-the-Hill and domestic terrorists like His Malignancy The Mad King and his enablers. That and more but first it's time for............Revenge of the Critters! Raging Grey Squirrel attacks close to His Malignancy's boyhood home.

This week's Fool-on-the-Hill covers a lot of ground. We consider ourselves generous calling 147 Repugnicans in the U.S. House of Representatives fools instead of seditious conspirators (even though they are) who supported at least one objection to counting President Elect Joe Biden’s electoral votes. Did we mention there has been no viable record of fraud in any of the states in question? All the far-right blather about a "stolen election" is pure fiction, it is "the big lie" of the era and the repugs baseless refusal to deal with reality paves the groundwork for insurrection. These seditious conspirators (Opps!) are little different than the unhinged mob that stormed the U.S. Capitol recently causing death and mayhem, in fact some Repug lawmakers were actually in the mob!. These fools were all abettors and enablers.

On to the biggest seditious conspirator of all, His Malignancy The Mad King who incited the riot and, being the coward he is, slithered off to the White House leaving his dupes to trash the Capitol Building and threaten, or worse injure or kill those within it. Efforts are underway to remove His Malignancy from office for his sedition and conspiracy to overthrow the election but far too many of his enablers continue their immoral and criminal support of The Mad King. In other words, this insurrection is still in play, even though another Day in Infamy has passed. This violation of our nation, on top of all the ecological deprivation he and his enablers have subjected this land and its inhabitants to, is domestic terrorism at its worst. O wait! Didn't the FBI label enviro activists as the greatest domestic terrorist threat not that long ago??  In another age this Mad King would have his head removed and his enablers sent to the dungeons.

Our Enviro Show Quote of the Week is spot on:

“We’re in a situation where the definition of terrorism is the use of violence, especially against civilians, to achieve a political aim,” Historian Michael Beschloss said. “That was a terrorist attack on our Congress... and our U.S. Capitol.”

On to our Bus Stop Billboard:

Wednesday, January 27, 7:30 pm. Why We Need Dark Skies: The Dangers of Light Pollution.
Dark Sky initiatives around the world aren’t only for the sake of better stargazing! Light pollution affects every citizen, and it is one of the fastest growing environmental problems, because it negatively impacts our nighttime environment, our climate, and the health of humans, animals, and plants.  Go HERE

Thursday January 28, 7pm.  "Burned - Are Trees the New Coal"  Renewable energy is a key to addressing climate change, but there is a dirty secret hiding in plain sight! Join us for an online viewing of the acclaimed documentary “BURNED” to learn how logging forests and burning trees is supported and subsidized as “clean, “carbon neutral” and “renewable” even as it is leading to deforestation, polluting our air and making climate change worse!  Standing Trees Vermont, a new coalition working to protect, preserve and restore forests on our State and Federal lands, is hosting this event with the support of our many allies in the region. Registration:   https://actionnetwork.org/events/burned/

Tuesday, February 16, 6:00 pm - 7:15 pm.  Net Zero Pathways Webinar. join MCAN and AE2C energy and climate policy experts on what promises to be a new era in the U.S. to address climate change at the domestic and international levels. Experts will discuss economy-wide decarbonization pathways including electrification, U.S. energy workforce trends and the U.S. rejoining the Paris Agreement. RSVP here

That's all, folks.....but remember to listen to your Mother.