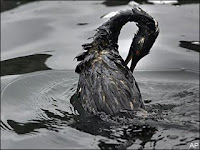 Greetings Earthlings. The news last week concerning the Intergovernmental Science-Policy Platform on Biodiversity and Ecosystem Services Global Assessment was grim but nothing all that surprising to Enviro Show listeners. It was back in 2014 when we had Elizabeth Kolbert on the show talking about her book "The Sixth Extinction". Of course, the news hasn't improved 5 years on. The IPBES informs us “The health of ecosystems on which we and all other species depend is deteriorating more rapidly than ever. We are eroding the very foundations of our economies, livelihoods, food security, health and quality of life worldwide.” Kierán Suckling, Executive Director and co-founder of the Center for Biological Diversity returns to the show to delve into that disaster and more. As always, we will bring you along to meet this week's Fool-on-the-Hill and to witness the latest outrages from His Malignancy The Mad King and his creepy enablers, but first it's time for...........Revenge of the Critters! Gustave the very hungry.....Croc!

This week's Fool-on-the-Hill was one of last March's Fools too. Yes, it's Rep. Rob Bishop (R-Utah) who said at a news conference held with other GOP House members in Washington: “For many people who live in the West, but also in rural and urban areas, the ideas behind the Green New Deal are tantamount to genocide......That may be an overstatement, but not by a whole lot.” Given all the genocide that went down at the hands of the cowboys' ancestors out West, we guess their offspring are a bit confused about oppression?

How about His Malignancy The Mad King? Is he a piece of work or what?? Checkout this: “[The Mad King's] not just a problem because of his policies in Washington. He’s a problem because his buildings are among the biggest polluters in New York City,” said NYC Mayor de Blasio, who has confronted the president time and again over issues ranging from global warming to immigration. We love New York. Grist goes on to point out His Malignancy "has often undermined the science of global warming, including reports issued by his own administration. He’s also said he intends to take the U.S. out of the Paris climate agreement — a promise House Democrats symbolically attempted to block by passing a doomed pro-climate bill earlier this month." And now this from The Center for Biological Diversity: "The Center filed four lawsuits against multiple federal agencies for failing to release a trove of documents on regulating dangerous pesticides, especially as they relate to endangered species.'While the Trump appointees running these agencies scurry to do the bidding of the pesticide industry, endangered species like the San Joaquin kit fox are heading toward extinction,' said the Center's Lori Ann Burd. 'You can bet that when we finally get these documents, they'll reveal exactly why Team Trump worked so feverishly to hide them from public view' ." Don't forget His Malignancy's not-so hidden plan to remove gray wolves in the Lower 48 states from federal Endangered Species Act protections. And The only jaguar thought to exist in the U.S. lives right where The  Mad King's administration just approved a new copper mine. Truth be told, His Malignancy is working "to dismantle the most powerful legal tool we have for protecting imperiled wildlife in the United States: the Endangered Species Act. The rollbacks, first proposed by Interior Secretary David Bernhardt last summer, would weaken protections that shield the biodiversity the report warns is critical to the survival of all life on earth"

Finally, how about a Quote of the week in keeping with te theme of this show:

"No matter what we call it, poison is still poison, death is still death, and industrial civilization is still causing the greatest mass extinction in the history of the planet."   - Derrick Jensen


O wait, did we mention It's the Climate Crisis, Stupid?  And yet some lawmakers in the Lone Star State seem to think protesting fossil fuel pipelines is "...on par with Attempted Murder"? Whoa! We thought building more fossil fuel infrastructure was on par with attempted murder.  Get it right, Texas!  How about this for another way to confront the Climate Crisis: float a whole lot of non-toxic reflectors in the Beaufort Gyre. That got us thinking about the Cool Roof projects from years back; some of that is still happening.

After we speak with Kieran we move on to the Bus Stop Billboard:

Wednesday June 5 , 6:30 to 8:30pm. DOER Hearing on  Biomass Rule Changing. URGENT! Many of us in the clean energy advocacy community are concerned that the proposed changes to these Massachusetts regulations amount to loosening of the definitions for qualifying biomass, and other weakening of restrictions, that will be environmentally detrimental. John J. Duggan Academy Auditorium, 1015 Wilbraham Road,
Springfield, MA 01109

Saturday, June 1, 9:30am to 12:30pm. Langstroth Bee Fest. A fun and educational community event-it is all about the bees! How to attract them, keep them healthy and give you honey. Activities for kids and adults. New this year-installation of 6 large fiberglass bees in downtown! Second Congo Church, Franklin and Church Streets, Greenfield, MA. Go to: https://www.facebook.com/events/285311642187149/


Wednesday June 12, 6:30 to 8pm. Gardening for Pollinators. 1st Congregational Church, 43 Silver St, Greenfield, MA    Refreshments will be served. This talk is the third in Greening Greenfield’s campaign called, Planting for Pollinators! Let’s build biodiversity and beauty in Greenfield. To find out more about their campaign go to their web site at www.GreeningGreenfieldMA.org or call 774-5667.

That's it for now folks. Remember when you're out there to listen to your Mother! 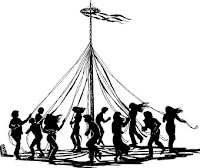