The Arts & the Environment Enviro Show 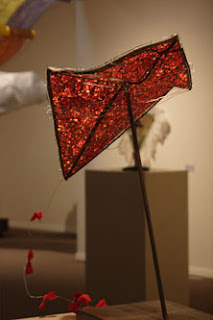 Greetings Earthlings! It’s time to kickback a bit and contemplate the contemplators. How do artists interact with Mother Earth? What effect does this big blue ball we call home have on a person's artistic expression. We’ll hear from our favorite bardic insurgent, Tom Neilson and fellow programmer and visual artist, Mo Ringey, as well as our own in-house Enviro Show poet. Tonight we’ll meld our usual Darth Cheney Watch (which will add a degree of….um….fear & loathing?) with the Enviro Show Echo Chamber. That should resonate nicely, ey? but first it’s time for....Revenge of the Critters! What goes around comes around: Revenge of the marine mammals!

There’s that sound again! Glen, when will this curse be lifted from our nation? Will the Bush regime really go quietly? Stay tuned! There’s a whole lot of science geeks sounding off about the Regime’s assault on science. Regarding the Empire’s evil corporado friends at Exxon/Mobil, Greg Palast reminds us: “Exxon was the largest contributor to George W. Bush’s political career after Enron. They were a team, Exxon and Enron. The Chairman of Enron, Ken Lay, prior to his felony convictions, funded a group called Texans for Law Suit Reform. The idea was to prevent Natives, consumers and defrauded stockholders from suing felonious corporations and their chiefs. When George went to Washington, Enron and Exxon got their golden pass in the appointment of Chief Justice John Roberts. Today, as the [Supreme] court heard Exxon’s latest stall, Roberts said, in defense of Exxon’s behavior in Alaska, 'What more can a corporation do?'"

Since you asked! DROP DEAD! Also, PBS on: "Actions the Bush Administration took over the last eight years that will have a lasting impact on our environment: Denies California the Clean Air Act waiver... Interferes with climate change science...Advocates for more nuclear power plants...Dismantles the [U.S. Forest Service ] Roadless Rule... Opens public land to oil and gas drilling... Declares carbon dioxide not a pollutant...Weakens regulations governing air pollution... Rejects the Kyoto Protocol." AND finally, if you like The Empire, vote McCain for more of the same!

Bring on the arts! In alphabetical order (is that still considered fair?): Tom Neilson, D.O. and Mo Ringey express themselves and we all pour over the arts and this poor fouled nest around us. Celebrate what’s left!!

Then it's on to (you guessed it) the Bus Stop Billboard:


Sunday, March 9; 1:30 - 4:00. Help plan Traprock Peace Center's future? First Congregational Church; 43 Silver Street; Greenfield. The plan is to form working committees that can begin to put our ideas from this day into action.


Cape Wind Hearings: No privatization of the Commons! Move it!!

Saturday, March 15, 2008. Environment 2008 Conference at Wentworth Institute of Technology in Boston. New England's largest conference for citizen activists protecting public health and the environment. Email Meredith at info@toxicsaction.org, or call her at (617)747-4362

Some day soon: The newspapers have been reporting on the recent issuance of a draft DEP permit to Russell Biomass to take up to 885,000 gallons from the Westfield River daily. Many environmental organizations disagree with the assessment of DEP. The reason for this is that the Westfield River is already too low and too warm in summer to adequately support healthy fish populations. The DEP is asking the public to send their comments in as soon as possible but according to the DEP’s Eva Tor there’s no deadline. Anyone interested in preserving the unique treasure of the Westfield River can send their comments as soon as possible to: Jim D. Bumgardner, P.E., Mass DEP Western Regional Office, Drinking Water Program and Water Management Act, 436 Dwight Street, Springfield MA 01101. Or you can email:
james.bumgardner@statema.us or FAX (413) 784-1149. Also, look here.

That's it. Next time it's Rising Tide's Day of Action & the carbon trading scam along with a special call-in from the NEXT junior senator from our illustrous Commonwealth, Ed O'Reilly (so long,John!). Check him out here. O, did we mention Ed is oppossed to Cape Wind? Save the Commons! Vote for O'Reilly!!

Greetings Earthlings, on the eve of The Full Hunger Moon we try once again for a call-in interview with Will Tuttle, author of "The World Peace Diet". According to the author’s website, the book "makes explicit the invisible connections between our culture, our food, and the source of our broad range of problems—and the way to a positive transformation in our individual and collective lives." Whoa! That's a tall order!! ALSO, our usual visit with Darth Cheney (ARRGGHH!), the Enviro Show Echo Chamber, and perhaps a call from our roving repoter, Tom Neilson down in Nashville on the drought affecting the water supply for nukes and other states, but first you may suspect it’s time for....Revenge of the Critters! Frisky cows terrorize man & dog!

There’s that theme again! Darth Cheney has returned to the scene of the crime. Glen, when will he and his ilk be history? Meanwhile, the Bush regime’s plans to add more mercury to your diet were struck down by the federal court. That’s the good news, the bad news is Darth, Bush and their fellow travelers from Big Oil sold off those oil leases in prime polar bear habitat.

In the Enviro Show Echo Chamber Venezuela battles Exxon. Go Hugo! Our Enviro Show Blog Bonus link is from Friends of the Earth who, sadly being big Cape Wind boosters, are right-on with climate crisis legislation (the Lieberman-Warner Climate Security Act of 2007 to be specific) asking the musical question: Why are Senate Dems advancing a bill by McCain supporters that doesn’t reduce carbon emissions 80% by 2050 and make polluters pay for carbon credits? Take action here. AND, 40T; it’s back!! Like a zombie developer coming to a municipality near you!!

Thanks to fellow VFR programmer, Arjuna we play "Against the Grain", by Tret Fure, bringing us to our interview with Dr. Will Tuttle (NOT Buttle, for you "Brazil" fans). The recent outrage at the slaughter house in southern California and ongoing revelations about the ecological effects of meat consumption make concepts like "The World Peace Diet" all the more timely.


As always, we go out with the Bus Stop Billboard:

Friday, Feb.22; 7pm. “In Search of Ghandi”; A filmmaker follows the route of Gandhi's Salt March to see what grows there today. Northampton Committee P&J Film Series. MEF, 60 Masonic Street in Northampton. Enter via Woodstar Cafe, at the front of the building. The venue is accessible.

Wednesday, MARCH 19, 2008. Everywhere and in Washington, D.C.:
Nonviolent Civil Resistance and/or Disobedience in All 435 Congressional Districts and in the Nation's Capital on the Fifth Anniversary of the Occupation of Iraq.

That is it. We are headin' out into the ice & snow. Next time: The Arts & the Environment Enviro Show with our own Mo of The Mo Show, right here on Valley Free Radio, and our favorite local troubadour, Tom Neilson. Sooooo, in the meantime, remember: listen to your Mother!!

Greenpeace is emailing its membership in the service of Cape Wind, a for-profit company seeking to erect a massive industrial wind plant in the public waters of Nantucket Sound off the Massachusetts coast. The message asks supporters to notify the Bush regime-headed Minerals Management Service of their support for Cape Wind during the present public comment period. This comment period leads up to public hearings to be held in Boston and the Cape & Islands.

Cape Wind intends to erect an industrial scale wind power plant on Horseshoe Shoals in the public waters of Nantucket Sound. According to the Alliance to Protect Nantucket Sound, a diverse group of Cape Wind opponents: "Covering 25 square miles, an area the size of Manhattan, the plant would consist of 130 wind turbines, each standing 440' tall - significantly larger than the Statue of Liberty (305’) and the Cape Cod Canal bridges (275'). The plant also includes a 10-story electrical service platform holding 40,000 gallons of transformer oil and 1000 gallons of diesel fuel, with a helicopter pad on top."

It's more than a bit ironic that a group like Greenpeace, among others, is promoting this privatization scheme given the projects potential threat to wildlife and the marine environment. It seems Greenpeace is ready to trade-off untold numbers of dead birds (the site is on the Great Eastern Flyway) and other marine life just so their Big Enviro resume can include the nations largest "clean" wind plant. On the other hand, the radical environmental group Sea Shepherd opposes Cape Wind.

Wind power can be an important part of our energy needs, however where it is sited is also important. Cape Wind has not seriously considered less harmful sites for their project, nor have they really considered using private property, rather than the commons, to install their windmills. In addition, there are other options that residents of Massachusetts and New England need to consider, including on-site residential and commercial power production such as solar panels and geothermal heat pumps.

Remember "turtles & teamsters"? Environmental & political activists have struggled against the corporate privatization of the commons for years. It's a sad testament when groups like Greenpeace and others find themselves promoting capitalist moneymaking schemes that reduce the commons to an industrial sacrifice zone. 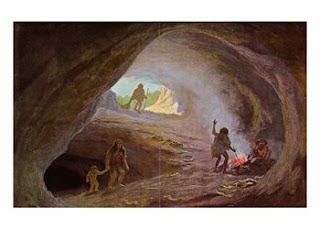 Greetings Earthlings, it's Adjective Burdened Tuesday, time to exercise your mandate in the Massachusetts Primaries. Given that this is The Enviro Show we naturally recommend you checkout the Green-Rainbow Party. It’s also a good time here in winter-bound New England to think about shelter, especially warm cozy ones, sooooo while Glen interviews Becky Kemery, author of "Yurts – Round & unbounded", and maybe starts waxing poetic about how much he enjoys rugged winter camping, D.O. will be entertaining dreams of ecologically sustainable little grass shacks on warm, sunny beaches down in say, Costa Rica? Nicaragua maybe? And, as always, we’ll look into the latest assaults on the planet by the Empire, and checkout the Enviro Show Echo Chamber, but first it’s time for.....Revenge of the Critters! Mother Moose trashes snowmobiles. Go mama!

There’s the dreaded theme again. Glen, when will the dark lord and his little executive sock puppet become history? Soooo, the puppet..er..pres...um..boy emperor? seems to be into recycling according to Grist. Also, certain Big Oil operatives in the White House are lookin' to privatize western public lands for destructive Oil Shale. And finally, the Empire unveils plan to trash the Tongass National Forest.

On the Enviro Show Echo Chamber, and in keeping with the show’s theme, we’ve linked to the Northeast Sustainable Energy Association’s superinsulated houses page on our blog. According to NESEA "A superinsulated home can save 75% of the annual energy costs for heating and cooling compared to a standard home, and is also more comfortable and healthy for the occupants." That works for us!

"Gimme’ Shelter" by The Rolling Stones takes us to our interview with Becky Kemery, author of "Yurts – Round & unbounded". Like Yurt dwellers say: "Versatile, beautiful and spiritual, both ancient and contemporary versions give [you] an option for shelter that is affordable, accessible and gentle to the earth". You can checkout Becky's site here.

Saturday, February 9: Animal Tracking with Colleen Kelley. Hitchcock Center for the Environment, 525 South Pleasant Street, Amherst. These family science days are designed for families with children ages 5-8, with adults participating along with their children. For registration call: (413) 256-6006

Monday, Feb 11; 6:00 - 8:30 pm. CAN lobby training. 208 Rotch Building at SIT, Brattleboro, VT RSVP - Claire Chang, cchang@nukebusters.org. Find out how a bill becomes law in VT and how to stop Entergy!! Join us and learn more about the legislative process and how to win the ear of your legislator.
These workshops are free, though space is limited, so please register ASAP.

OK, that's it for this week. Check us out in two weeks when we interview Will Tuttle (not Buttle) on the "World Peace Diet". We'll go out with Loreena McKennitt's "Ancient Pines". O, And remember: always listen to your Mother!