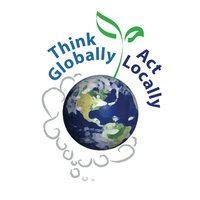 Greetings Earthlings. It's been 48 years since the first Earth Day, how is the planet doing since then? Gary Menin Mass rep for Raptors Are the Solution joins us to talk poisons, rats and raptors. We'll get into that and other matters over the years, as well as drag you along to meet our Fool-on-the-Hill and The Mad King and his crazed court of climate criminals. Also it's the Valley Free Radio Spring Fund Drive so here's your op to keep the signal flowing, OK?  Be sure to note your much appreciated donation goes to The Enviro Show. After you help to support the show and VFR it's time for.........Revenge of the Critters! Whales were the token critter during early Earth Days, but sometimes it seems like some whales aren't appreciative!

President Richard Nixon, a Republican who actually signed on to the founding of the EPA, was in office during the first few Earth Days but, as you no doubt know, he was a crook and eventually resigned. The present occupant of the White House is what we now refer to as a Repugnican and potentially a traitor to our country. We also refer to him as The Mad King 'cuz........well.....he just acts like it! More disturbing than his probable conspiracy with Russia and others to undermine our democracy are the efforts he and his court of climate criminals are making to DESTROY THE FUCKING PLANET!! As usual, we report the latest in that ongoing assault. Let's start with this headline from HuffPo: "With little notice, President Donald Trump ordered the Environmental Protection Agency on Thursday to dramatically overhaul national clean air standards and make it easier for industry to pollute in areas where it’s already dangerous to breathe." Hey, if you loved the 1950s you'll just love The Mad King! The good news is the New York AG got a judge to block the move....for now.  And this from the Washington Post: "The Trump administration made it clear this week that it is sapping the strength of a century-old law to protect birds, issuing guidance that the law would not be used as it has been to hold people or companies accountable for killing the animals." Whoa! Now we're headed back to the turn of the LAST century? Let's get back to His Malignancy's Dark Prince at the EPA. As noted on our last show, little Scotty seems he can't do enough to trash the planet. The Editorial Board at The New York Times agrees with us (they just say it nicer). In fact, so many people hate Scott Pruitt he now seems to think he needs Kevlar seat covers?

Moving on to the other end of the National Mall, our Fool-on-the-Hill this week is another repeat offender, Representative Rob Bishop of Utah, leader of the House Committee on (Extracting All Possible) Natural Resources and the Repugnicans answer to that age-old question: "Can Satan really walk on Earth?" You can click on the link above and immerse your self in his sins or simply take our word for it; the guy is evil, OK?

Sooooo, the Valley Free Radio Spring Fund Drive will pretty much preempt the rest of the segments but we still want to inform you of a few issues and upcoming events here on The Enviro Show blog. Let's start with this sobering news we can only blame The Mad King partially for: "The warming of the Earth over the past several decades is throwing Mother Nature's food chain out of whack and leaving many species struggling to survive, according to new research published in the Proceedings of the National Academy of Sciences." Of course, His Malignancy and the enablers will make matters worse by trying to rollback every regulation in sight, right?  On the bright side, Patagonia is suing The Mad King for stealing your land (public lands that is).


OK, time to  move on to the Bus Stop Billboard:

Tuesday May 8, 4pm. DCR Post and Pre-Harvest Tour. Wendell State Forest.  Meet at the Wendell State Forest Headquarters, 392 Wendell Road, Millers Falls. The tour will be conducted “rain or shine”.  Attendees are encouraged to dress for the weather and to wear sturdy shoes.  For additional information about the tours and DCR forest management on state forests, parks, and reservations, please contact William Hill, Management Forestry Program Supervisor, at 413-545-3891.

Tuesday May 8, 6:00-8:00pm. Carbon Pricing in MA – A Key To Solving A Warming Climate. Dever Auditorium, Parenzo Hall, Westfield State University, Westfield. WSU’s Dept. of Chemical and Physical Sciences and the Dept. of Environmental Science will co-host this public educational forum which will: provide a brief overview of the current science on climate change; describe bills by State Rep. Benson & State Sen. Barrett proposing state-wide carbon fee and rebate legislation, and an omnibus bill by State Sen. Pacheco that would also institute carbon pricing; and lay out the ethical and moral dimensions for addressing a warming climate. Attendees will learn how each of these MA carbon pricing bills is economically designed to create jobs, improve the health of MA residents and fairly protect vulnerable populations and businesses while lowering state-wide carbon emissions. Click here for more information


Wednesday, May 9, 9:30am. Join members of the Animal Cruelty Task Force, legislators, and animal protection organizations, and together let's put an end to animal cruelty in Massachusetts!
Registration closes at 5pm on Thursday, May 3. However, space is limited and registration may close early. Massachusetts State House, Room 428, 24 Beacon St, Boston, MA 02133

Thursday May 10, Noon to 4pm,  March for Science Lobby Day. Massachusetts State House. With the help of our allies in Mass Power Forward, we will continue to push our leaders to respond to our demands concerning clean energy and environmental justice.  We are still working out the precise details for the event, so exact times are subject to change. RSVP now so that we can ensure that a meeting with your legislators and/or their staff is scheduled in advance. If you have any questions, please contact Andrew Gordon,  350 Mass Legislative Manager (andrew@betterfutureproject.org)


Happy Earth Day everyone and remember to listen to your Mother Earth! 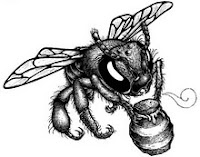 Greetings Earthlings. Surely by now you know we can't get along very well without our friends the pollinators, yes? Peggy MacLeod of Western Mass Pollinators Networks joins us in the studio to talk about their work and later in the show Jonathan Mirin of the Piti Thearter Company calls in about their kids play "To Bee or Not to Bee"  [UPDATE: HERE'S THE LINK FOR "SMALL CELL" EMF EXPOSURE JON SPOKE ABOUT]  We'll also bee directing you toward The Mad King and this week's Fool-on-the-Hill where we can unload some venom, as well as trip to The Enviro Show Echo Camber but first it's time for........Revenge of the Critters! Bees take action against militarism?

Speaking of militarism it's time to take on His Malignancy The Mad King but let's start with his Dark Prince of the Environment, Repugnican Scott Pruitt, climate criminal from Oklahoma, "The Sooner State" and we hope they take him back sooner rather than later.  Actually, that may happen given Pruitt's issues with misusing EPA funds and abusing the public trust. By the time you read this the Dark Prince may have announced plans to gut Obama-era fuel efficiency standards which were intended to reduce greenhouse gas emissions. Can we expect anything less from someone in bed with Big Oil?   And CREDO informs us "Donald Trump's contempt for the environment is on full display with his recent nomination at the Environmental Protection Agency (EPA). Peter Wright, a lawyer for Dow Chemical and a former Monsanto employee, is Trump's pick to head up the EPA office that oversees chemical spills at Superfund sites".  Surprise! Over at His Malignancy's U.S. Fish and Wildlife "Service" the Center for Biological Diversity and allies took legal action against the Trump administration over its shady new policy of approving elephant and lion trophy imports. The Center challenges U.S. Fish and Wildlife Service decision to shut down input from scientists and the public on the process for evaluating the threats of trophy hunting to elephants, lions and other African animals. And, this past January, USFWS initiated proceedings to take the Canadian lynx off the threatened list altogether and downgrade a number of other species from endangered to threatened. Maybe that's because creepy Interior Secretary, Ryan Zinke thinks species extinction is a hoax made up by China? O wait, sorry, wrong creep. According to Earth Talk: "the legislative branch isn’t helping wildlife or its advocates much either. Congress’ 2018 budget bill is chock full of “riders” aimed to cut endangered species protections for wolves in Wyoming and the Midwest, the greater sage grouse of the Southwest and other iconic American wildlife species, not to mention cuts to funding to bolster states’ endangered species protection programs."

Our Fool-on-the-Hill is Rep. Larry Bucshon (R-Ind.) whose bill, the "Electricity Reliability and Fuel Security Act", seeks to stem the tide of hundreds of recent coal plant closures -- an issue driven by economic concerns and environmental regulations. Maybe they've hit a big vein of "clean coal" in Indiana? Sorry, there's the buzzer! There is no "clean coal". And yet, the industry claims "Based on current production rates, Indiana's 17 billion tons of available coal could last more than 500 years." Sadly, we won't.

In The Enviro Show Echo Chamber anti-fracked gas pipeline protesters in West Roxbury scored a get-out-of-jail card on the fabled necessity defense recently. You may have read this on Facebook or some local news but we doubt the corporate media wants to give much ink or air time to that defense! In case the present chaos in DC isn't enough to freak you out how about that Coronial Mass Ejection scenario d.o. wrote about on our old blog?  Breakout the popcorn Enviro Show fans 'cuz now there's a video!  Speaking of d.o.'s writing it looks like the warning in his old poem "Dream of the One-horned Rhino" has been realized with the passing of the last White Rhino. And this from The Guardian on Walden Pond: Scientists warn "Pee and pesticides"are a problem. Like Thoreau said: "Thank God men cannot fly, and lay waste the sky as well as the earth."...O wait....um....er...(sorry).

The Berkshire Earth Expo on SATURDAY, APRIL 21 :: 10AM – 5pm. Come to learn from experts, talk to your neighbors about what they’re doing, enjoy performances, shop, and get inspired. Click here for all the info.  d.o. will be reading from his book.


Sunday, April 22, 10AM -2PM. Earth Day Open House. All ages are welcome to join us for activities and games to help you make a difference in the Connecticut River Watershed. Great Falls Discovery Center, Avenue A, Turners Falls, MA. Go to: http://greatfallsdiscoverycenter.org/


Sunday April 22, 1 - 3pm. All About Gardening for Pollinators. This talk will inspire your to transform your garden to better serve the food and habitat needs of pollinators. What are host plants? which plants are the best for butterflies? What are native bees and why are they so important? Also, hear about the growing movement in western MA to expand habitat for pollinators. Arcadia Wildlife Sanctuary, 127 Combs Rd, Easthampton, Massachusetts 01027Go to: https://www.facebook.com/events/413511002409584/

Wednesday, April 25, 6:30pm. “Landfill Harmonics”.The evening will include a film about a youth orchestra that was born out of a landfill. The hope and promise found in this story prove that children who are given an opportunity for growth can exceed all expectations, even their own. This promises to be a dynamic evening. First Congregational Church, 43 Silver Street, Greenfield. It is handicap accessible. Please park behind the church and come in the back door. Call 773-5165

Enough! We'll see you next time. For now, remember: Listen to your Mother!