Greetings Earthlings. It's Spring Equinox time. How about a feast at home in Ēostre's honor? We are laying low at home with the show in the foreseeable future, broadcasting through the magic of conference calls and cyberspace due to tiny critters (only 125 nanometers!) that are among the most abundant biological entities on planet Earth. Also, many of them do not like us.  As you all know by now, the one called Coronavirus is presently doing a number on homo sapiens; this explains why most everyone is hiding out hoping not to be exposed to other humans the virus has already caught up with. It's called social distancing, what we used to call "get outta' my space!" Of course, us humans have always had issues getting into the space of other species we share the planet with. Is it any wonder we have difficulty getting out of each others' way?  Karl Meyer returns to the show, calling in from home to remind us how we are getting into the Connecticut River Shortnose Sturgeon's space. Finally, we return to some of your favorite (or not) segments on The Enviro Show such as our Fool-on-the-Hill and the newest takedowns of His Malignancy The Mad King but first it's time for........Revenge of the Critters! Tiny Virus goes after human race and it's War on Nature  For more on this go HERE.

Our Fool-on-the-Hill this week is another repeat offender, although this time his foolishness could have been a matter of life or death. This Vox opener says it pretty much all: "Senate Majority Leader Mitch McConnell had already left for the weekend. Senate leadership, rather than sticking around, opted to return next week, prompting an apparent delay in their consideration of this legislation as states and medical providers grapple with an influx of coronavirus cases." In other words #MoscowMitchMcTraitor does it again: threatens the nation and its people by stalling legislation.

His Malignancy The Mad King did his part also to endanger everyone here in the U.S. starting years ago when he ditched Obama era protections and preparedness for pandemics just like COVID-19.  Then, when it came to us, His Malignancy proceeded to bury the needle on the bullshit meter well into March, further raising the risk to all of us. The NY Times points out: "By early March, experts already were arguing for aggressive measures to slow the virus’s spread and avoid overwhelming the medical system. The presidential bully pulpit could have focused people on the need to change their behavior in a way that no private citizen could have. Trump could have specifically encouraged older people — at most risk from the virus — to be careful. Once again, he chose not to take action....On March 7, he said, “I’m not concerned at all.” On March 10, he promised: “It will go away. Just stay calm. It will go away.” We guess it goes without saying we wish he would go away. But no, it was more important to him  to bail out Big Oil and continue his assault on the planet than to do the right thing. Sadly, we don't have the time to spotlight all the stupid, mean, narcissistic, hateful and insane remarks His Malignancy has made over the past few months regarding this extreme crisis.  The Mad King's obvious dereliction of duty should have triggered the 25th Amendment to the United States Constitution. It's safe to assume his enablers and toadies in the Cabinet never even thought to do it.  On the other hand, the people themselves could have marched en mass on the White House and occupied the entire area by the hundreds of thousands until he abdicated or fled to Mar a Logo but now, with this convenient pandemic, no more than a handful of folks standing 6 feet apart are allowed on the streets.

Enough. On to that other EMERGENCY!  Just in case everyone forgot......"It's the Climate Crisis, Stupid!" If you won't believe us, listen to Your Government......from last year?? We really are fucked.
You don't think so? Try this. In any case, lots of our allies are sounding the alarm about the alarm.
Why don't we mobilize like this (or way better please) for the Climate Crisis?? And this from Grist: "The coronavirus pandemic is changing everything — including the quality of the air we breathe."  Sadly, improvements in our approach to the climate in congress aren't going all that well given legislation addressing the Climate Crisis has been put off due to COVID-19 activity.


Our Enviro Show Quote of the Week is very much in keeping with the times. So strap yourself in for a brief journey in the Wayback Machine:

“What’s true of all the evils in the world is true of plague as well. It helps men [and women] to rise above themselves.”
― Albert Camus, The Plague

After our conversation with Karl we take you to the Bus Stop Billboard:


April Cyber Action on the proposed Weymouth Compressor Station. "OSHA has issued a letter to Enbridge after our many complaints to FERC and to OSHA regarding the continued construction during this time of pandemic. Using these talking points  (Word | PDF) or your own, submit your comment to FERC using their “Ecomment” portal online. For a step-by-step guide on how to submit comments to FERC, click here. We strongly encourage writing your comment in a Word document first, then copying and pasting your comment into the FERC ecomment box online because the FERC website often crashes.

Sunday April 5,  4-6 pm. Extinction Rebellion WMass general meeting will continue to work together via email, Zoom, and calls. At this time, we are planning to have our April General Meeting via Zoom (a free video conference platform). If you need assistance figuring out how to use Zoom, please reply to this email and we will assist you. This next period will give us a chance to build the community partnerships we have begun to forge, to form collaborations and alliances across our region, to delve more deeply into the work we are developing together, and to mobilize around the reality that this pandemic is woven into the fabric of the climate crisis and of XR.   Click to join, or call in at 646-876-9923, meeting ID 556 388 985.


Wednesday, April 8, noon-1 pm. AN UPDATE FROM TICKREPORT. Join us for updates from TickReport at UMass Amherst. This update includes the status of the lab during the COVID-19 response, summary data of the current Spring tick season in Massachusetts and beyond, and based on prior year's data, forecasts of what we may expect for tick activity in the coming weeks. Speaker: Dr. Stephen Rich, UMass Laboratory of Medical Zoology. Preregistration is required to access the webinar. Register for “An Update from TickReport” at:https://attendee.gotowebinar.com/register/4172502994884479746


April 22 at 3 p.m. there will be a climate march from the Brattleboro town common to the corner of Elliot and Main streets. One of the groups that's organizing the march has a web site at www.350Vermont.org

Join Extinction Rebellion WMass May 9 from 1:00-3:00 (rain date May 10) in Northampton, MA as we gather in honor of all species affected by our climate crisis.  Parade with lovingly created animal puppets, masks, costumes, headdresses, etc. Dance, march, in roars or in silence, melody and dissonance: A non speech, non violent Animal Uprising. We are offering animal puppet and mask workshops. Look for workshop dates throughout March and April. Go to: https://www.facebook.com/pg/XRwmass


Stay safe and remember to listen to your Mother, OK?

Yet Another Ides of March Enviro Show 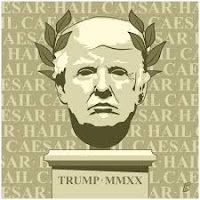 Greetings Earthlings. We're coming up on the Ides of March once again and you know that doesn't bode well for certain autocrats, right? We hope His Malignancy The Mad King's luck is running out on him and do not wish him well. That said, our collective luck doesn't look so good either; Guy Macpherson returns to the show through the magic of recording technology to tell us why. If you hear reference to Halloween during the interview do not be concerned, think of it as another show back from the grave. Also, as with the past few shows, if you want to access your favorite segments you'll have to do it on The Enviro Show blog starring you in the face as we speak. When Glen returns from his Electrified Two Dog Road Trip we will resume the show as usual. All that and more, but first it's time for.........Revenge of the Critters! Do Not pet the wild critters, OK?

Given our focus here, how about we go directly to His Malignancy....but where to start? Yes, he's the anti-gift that keeps on giving and now the title we chose for him has never been more apt. But, Corona Virus and his cluelessness aside, there are numerous other plagues The Mad King has brought us. One vector is Mandy Gunasekara. His Malignancy's Environmental "Protection" Agency  is poised to bring back this former official whose take on climate change includes advocating U.S. withdrawal from the Paris Climate Accords, supporting the fossil fools industry and trashing renewable energy initiatives.What could possibly go wrong! Also His Malignancy has tapped Nancy B. Beck, a former chemical industry executive, to lead the Consumer Product Safety Commission? What's wrong in THAT picture! And this from the NY Times: "An official at the Interior Department embarked on a campaign that has inserted misleading language about climate change — including debunked claims that increased carbon dioxide in the atmosphere is beneficial — into the agency’s scientific reports." The boss is no doubt pleased. On the upside the Center for Biological Diversity sued the administration recently for failing to decide whether 241 plants and animals across the country should be protected under the Endangered Species Act. The suit is one of the largest of its kind ever filed under the Act and hopes to reverse years of blatant disregard for wildlife laws by TheMad King and his enablers.

This week's Fool-on-the-Hill is Rep. Thomas Massie (Repugnican -KY) Massie reportedly said in 2018 that "Climate change may not be due to humans… What is the cause and effect?" We guess he missed the memo?

Time to remind those of us who haven't been paying attention that "It's the Climate Crisis, Stupid!" The erratic weather we've been having this winter begs the question: Will future East Coast Winters be freezing or balmy? to which we can only say...yes!  Moving on, we have a lot of farmers in this Valley and we want to let them know about Agriculture Resilience Act  being promoted in DC as well as  MA State Senator Jo Comerford's S.438 An Act to promote healthy soils and agricultural innovation within the Commonwealth .We know we talk a lot about protecting and preserving forests and forest soils on this show but it's also critically important farming practices are climate friendly as well.  Remember The Enviro Show Blog Action link? It's baaaack!

Our Enviro Show Quote of the Week:
"A quarter of the entire amount of carbon that goes into the atmosphere globally is absorbed by Earth's vegetation, so protecting and possibly increasing the amount of carbon stored in forests could have significant benefits, such as mitigating climate change and preserving biodiversity and water quality." - NASA

Think of that the next time someone tells you it's OK for commercial logging in our public forests. And now........this.

Here's the Bus Stop Billboard for the next few weeks: