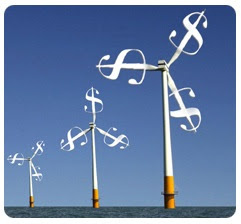 The designation of the Cape Cod National Seashore, made possible by the Kennedy family and others decades ago, was an effort to save what is left of the fragile eastern U.S. coastline from the forces of development. Anything erected within the boundaries of the Cape coastline detracts from its unparalleled beauty and ecological fragility.

The proposed Cape Wind project is an industrial-scale wind plant the size of Manhattan slated for Horseshoe Shoals in Nantucket Sound, off the southern coast of the Cape. It is another example of the corporate privatization of The Commons. Nantucket Sound is public property and Cape Wind is a private for-profit corporation. Do we really need to lose more of the commons to the corporados? Some find it curious that outfits like Greenpeace and other progressive organizations who have railed against corporate America in the past and privatization in general, make exceptions for Cape Wind.

It is also an odd position for environmentalists to take given that The Wampanoag Nation has identified Horseshoe Shoals as sacred ground. They have stated publicly that Horseshoe Shoals was once above ground and that some of their ancestors may be buried there. In addition, as Keepers of the Eastern Door, the Wampanoags must have an unobstructed view of the water as part of their spiritual practices. Would supporters of Cape Wind deny First Nations their heritage?

Also, there is the issue of the project's potential effects on wildlife living in and passing through the Great Atlantic Flyway in Nantucket Sound. The Humane Society has highlighted many of these effects and is part of a coalition of environmental groups opposed to the sitting. Bill McKibben and others seem to be making the argument that non-humans would benefit in the long run from Cape Wind's project due to its possible lessening of the effects of climate change. Some would say it is most humane to protect our non-human neighbors here and now from potential death and maiming by the construction and operation of this industrial facility.

We can say yes to wind power, but put it where there is wind AND existing development. Buying into the development of fragile coasts; continued corporate privatization of The Commons; further marginalization and disrespect for First Nations; and God Squad trade-offs on non-human life forms in the name of "saving the planet" sounds a lot like destroying the planet to save it.

I would like to add to your excellent post that not only will the public be subsidizing private profit for its appropriation of The Common, but it allows the CW site to command a handsome premium when this developer sells it to another profit interest, as has been his M.O. in the past. CW will have opened Nantucket Sound to permanent development and that will be a windfall for this developer (no pun intended).

Please remember, also, that the wind in MA is on land, and is only reliable at heights higher than the Statue-of-Liberty-sized towers this project proposes.

Lastly, this rigid turbine tech will arrive from Germany, paid for with stimulus/energy dollars, and is really old, soon-to-be-scrapped technology. Why aren't we leading the world in new wind tech instead of scrambling to spend billions on old, inefficient solutions?

Conservationists need to regroup and stop this project cold. Do your homework! Don't endorse "green" projects until you look under the hood. (Yes, Greenpeace, UCS, NRDC, MA Audubon - get a life. Do your due diligence!!)

1. Wind energy cannot replace, nor significantly decrease the need for continuous conventional production capacity. It is an add on cost. It cannot be called upon on demand like other baseload conventional plants.
2. Wind does not decrease the fuel of conventional generation one for one. It causes inefficiencies, ramping up and down, more wear and tear of baseload plants that cause greater emissions there to almost offset the few gains of wind energy. If you figure in the emission costs of production of wind turbines, cement, transport, etc., more emission savings are lost. These are not figured into AWEA costs.
3. Environmental costs by AWEA do not include land/water occupation and loss, which make the area unfit for humans due to hazards and noise and property value losses.
http://www.wind-watch.org/documents/wind-turbines-as-yet-unsuitable-as-electricity-providers/