I just had the disturbing experience of finding one of the early voices on the climate crisis slipping down the cyber memory hole. Dr. Michael Perlman, author of "The Power of Trees - A reforesting of the soul" and other works lived here in the Valley in the '90s. He helped greatly to raise awareness of what he insisted we call "climate chaos" or "climate disruption" (instead of the less cogent phrase "global warming"). Below I've reposted Bob Leverett's heart felt tribute to Perlman. It is vital that we honor those who have sounded the alarm about what is the gravest threat to life on planet Earth. This, even more so since it is believed that Michael Perlman took his own life out of despair over humanity's lack of or concern or action regarding climate disruption.

In the 1990s I had a great friend named Dr. Michael Perlman, one of the co-founders of ENTS. He died in April 1998. Michael was absolutely brilliant. He had many credits. He wrote The Power of Trees - A reforesting of the soul . He was an adjunct professor at Vermont College, a Jungian psychologist, and an ecologist. He was editing the Einstein papers for Princeton University at the time of his death - a testament to his immense intellect. He was also working on a paper that explored the basis of mathematics as an expression of inherent universal structure and properties. He had previously thought of mathematics as a product of abstract human thinking divorced from any natural roots - an artificially developed discipline carried on within the confines of classrooms, private studies, and lecture halls, but not outdoors - conceptually perhaps, but seldom in practice. I don't know precisely what was in Mike's mind, but his new hypothesis may have been that true mathematics is in encoded in our DNA as an expression of the universal physical laws - and of course the architecture of trees. When mathematics is observed to ooze out of the brain of some precocious genius, Mike would likely maintain that that expression isn't a consequence of some sternly developed human talent, but the song of the spheres, so to speak, manifesting itself through genetic pathways formed from several million years of trial and error.

Mike and I used to walk the forest together and he would unabashedly hug trees. Feeling uncomfortable, I would always look around first to make sure nobody was watching. But, Mike? No hesitation. He talked freely of going to meet a tree. He saw trees as life forms with psychological structures as surely as he accepted the obvious physical ones. He didn't see the psychological structures of trees as human. He wasn't projecting his own traits into their outstretched branches. He was far too intelligent for that. His thinking occurred on many levels, and that left those of us trying to understand him groping. Language is not always a sufficient tool to convey understanding, so Mike's explanations as transmitted through his words were seldom sufficient to enable the rest of us to understand how he came to his conclusions. I finally gave up, but not before many conversations had taken place both in the forest and over a beer or two in the comfort of my living room.

Mike probably influenced me more than I can fully comprehend, and I can also say with humility that I influenced him. When in his presence, he coaxed me to think more deeply about the role of forests and tree and our interaction with them. Were he with us today, I can well imagine him struggling hard with the Forest Futures process, currently underway. He had little tolerance for corporatized thinking. He certainly would not have seen most of the TSC members as visionaries. By contrast, I am more tolerant and pragmatic. He sometimes envied that in me, and I sometimes disliked it in myself. We often served as a balance for each other - idealism and pragmatism. I suppose he could be pragmatic, but I don't think I ever fully witnessed it.

I have to smile when I think of Michael returning from a convention with his fellow and lady psychologists. He would come back fuming and complaining that none could climb out of the deep well of anthropocentric values and priorities. He would explain that everything of value to them had to be a byproduct of human emotions and personality traits, a self-absorbed examination of how one felt instant by instant. Such a preoccupation with a moment by moment fretting over what what is inside of one's head left no room for thinking more broadly, about what is good for plants and animals. I often wondered what had lead him to Jungian Psychology. Of course I always had the answer. It was his great compassion. He saved many from taking their own lives. He could save them, but not himself.

Mike has a tree named for him in Mohawk Trail State Forest. Mike's tree is perfectly straight and is located right on the Mahican- Mohawk Recreational Trail. His tree was not chosen out of impulse. It is the site of two friends coming together, Mike and John Knuerr. Mike's tree is on the docket to reach 150 feet in height at the end of next season's growth, an accomplishment that Mike would not have concerned himself from his own inner priorities, but would have indulged on my account.

I often think of Mike and visit his tree when in the Algonquin Grove. If I think of Mike, I must also think separately of his tree. To think only of Mike and not of his tree as a separate being would be to miss the whole point of Mike's life and what was important to him. 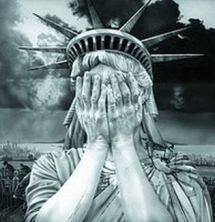